My parents sent me this picture, taken today the 21st of October in the year of our Lord 2003: 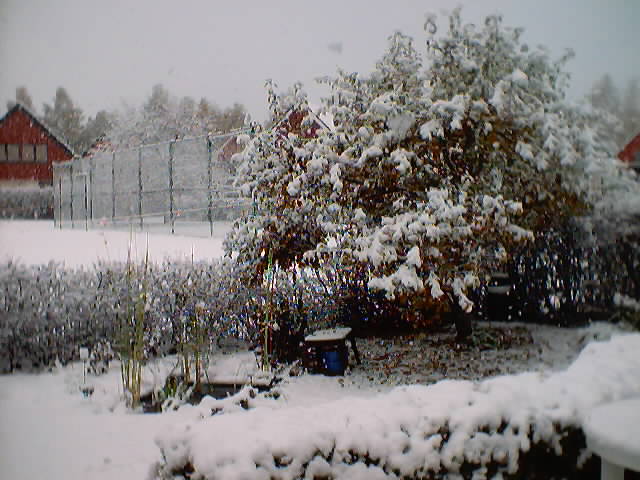 Yes indeed, it is snowing in Sweden. Amazing, as I’m sitting here kwetching about the infernal heat in Arizona. But, as the saying goes, you don’t have to shovel sunshine…