Every once in a while back in the States somebody will ask me about differences between Sweden and the US. However, since I so rarely visit the Old Country, it’s hard for me to say. So I figured I’d post some things here while they’re fresh in my mind and in no particular order. 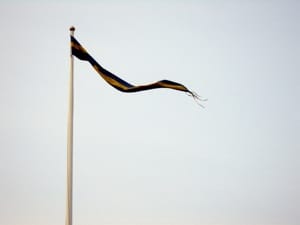 Radio stations use RDS to identify themselves. This lets you see at a glance to which station you’re listening and allows for graceful failover to new frequencies for stations that use different frequencies in different areas. Why this technology hasn’t been adopted in the States utterly baffles me.

Grocery stores are doing self-scanning of merchandise with a vengeance. Unlike the American style where you pick up your stuff, then go to a station and scan through everything, thereby not doing anything but saving the grocery store some money on labor, Swedish grocery stores have you check out scanners that you take with you in the store, scanning as you go along. When it’s time to check out, you hand over the scanner to a cashier who downloads the data and takes your money. Loath though I am to do the grocery stores’ work for them, this way is actually handy, as you know exactly how much you’re going to be spending, and it does save time at checkout. Plus, hey, hand held laser!

On the topic of grocery stores, you pay for the bags and bag your own things.

Speaking of TV, the PAL format kicks NTSC’s butt so bad it’s not even funny. The quality difference is very real.

It’s often quite easy to tell if people are blue- or white collar just by the way they dress. To a certain extent this is true everywhere, of course, but there’s definitely more of a code here than I’m used to in shorts-and-sandals country.

A popular mode of exercise, especially among the middle-aged and up set, is to walk with ski poles.

Everybody has a cell phone.