A fire on an icy January day. 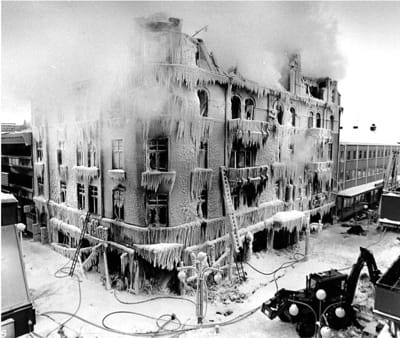 A fire broke out in a department store building on a day of temperatures of -20F (-30C). The cold was so bad that firefighters could only work 20-minute shifts, and there were still a few cases of frostbite.

« Bad Stevenote. No credit card
Welcome to the world »