A run-down of the ballot propositions with suggestions for how you should vote on each of them. 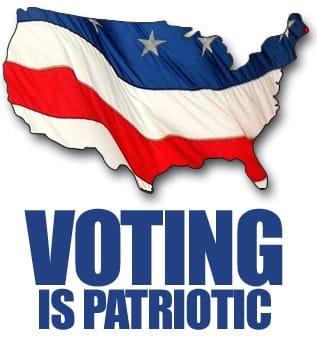 It’s election season and as usual in Arizona that means a bunch of harebrained propositions are on the ballot. After some quality Internet time doing research and some comfy-chair time pondering things, here’s how I filled out my ballot:

I see no reason to give real estate developers special protection, especially in light of the state’s current billion dollar budget shortfall.

Prop 101: Freedom of Choice in Health Care, aka The Socialists are Coming! Run!

Why is this on the ballot? Why should we write details about healthcare into the state’s constitution? I’d prefer lawmakers to work this out as they go along. Yes, even the Clown College that is the Arizona State Legislature.

All the talk about preventing “socialized medicine” raises a huge red flag for me, and either way, the language is vague and amending the constitution for something that’s not a current issue smells fishy.

I utterly fail to see how preventing a loving same-sex couple from reaping the same tax benefits from being married hetero me receive will somehow turn society into a howling abyss of madness.

As a side note, the argument that keeps being brought up about how “family” throughout history has always been defined as one man, one woman, and their children is patently false. Read a history book that isn’t the the Bible and you’ll see.

This proposition is arguably the biggest pile of manure of the lot. If passed, it will count all eligible voters who do not turn in a ballot as “no” votes on any ballot initiative that would raise taxes.

Although, I might vote for the proposition if it would include provisions for all propositions, as they obviously tend to be little more than special-interest fodder.

And of course, kudos on the Orwellian double-speak.

Would remove sunset provisions set to kick in in 2010 for payday loan companies.

The payday lending industry is a blight on America. Get rid of them and help society improve. This is a double-plus NO.

Prop 201: Homeowners’ Bill of Rights, aka Please Let Us Sue our Builders.

The current system of forced mediation in disputes with home builders is rigged in the builders’ favor.

Incidentally, I can’t believe there’s a proposition on the ballot I can actually vote yes on.

Prop 202: Stop Illegal Hiring Act, aka Please Let Us Hire Illegals If We Do It On The Down Low.

I’m not a lawyer, but it looks to me like this will gut the current employer sanctions law.

But again, kudos on the double-speak.

Sorry people. With a billion dollar budget shortfall out there, I’m not getting a raise, and neither are you. Maybe if you get the state out of the black hole you’ll get some billz for your skillz.