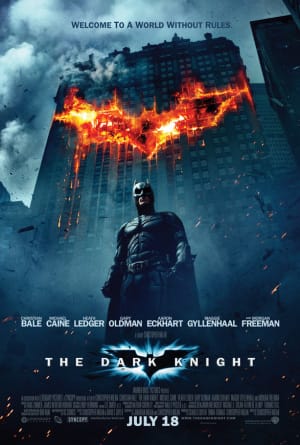 Hot from Netflix, The Dark Knight appeared at Casa Core Dump yesterday. I noticed it was rated PG-13, which struck me a little odd, since from the trailers it seemed like a pretty dark (heh) movie.

And yep, it’s a disturbing movie, especially the Joker character, who truly brings the psychotic.

The Dark Knight doesn’t have any nudity, f-bombs, or gore, but is stocked to the rafters with psychotic people, disturbing imagery, and endless violence.

We can argue semantics all day, but I’d say the correct definition of R versus PG-13 is: “Boobies means R. No boobies means PG-13.”

So thanks MPAA for reminding me that your ratings scheme is utterly worthless.

It’s a decent movie, though, if you happen to be a grown-up.