People are waking up to the excesses of the banking system. 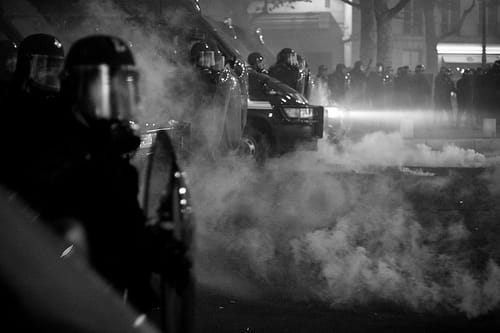 A few weeks ago, I wondered about the lack of anger concerning the economic situation and speculated it could be due to the abstract nature of the causes of the meltdown: Credit default swap, leveraged assets, click Sports Center.

But now, thanks to AIG, we have a focal point for our collective rage. AIG is so roundly despised and loathed it chose to remove its sign from its own building. Ah, from Masters of the Universe to cowering in fear in a few short weeks.

The point, though, is that while the AIG executives are narcissistic douchebags on a Biblical scale, the $160 million or so of ill-gotten gains we’re frothing at the mouth about here is a pittance in the grand scale of things. We’re talking trillions, people. A few million, while a fortune for a normal person, isn’t even a rounding error.

Which is not to say that I don’t wish ill for these scumbags. Oh, I do.

But it’s a side show.

The really smart Masters of the Universe have socked away their cash and moved their compensation into schemes that are harder to track, but rest assured they’re still getting fat from Uncle Sam’s trough.

Remember, these are people who view life as a game to be won. Nothing more, nothing less. And winning means making more money than the other guy. This is what they spend every waking minute obsessing about. Don’t think they haven’t poured over the new rule book and adapted.

What we need is to change the system, not worry about the side shows, entertaining as they may be.