Louisiana to Missouri, via tow truck

Nic’s first personal experience of driving across America, complete with a breakdown outside a motel in Blythesville, Ark.

Everything in this story is true to the best of my recollection. The names Andy and Anastasia have been changed since I don’t have permission to use their real names. 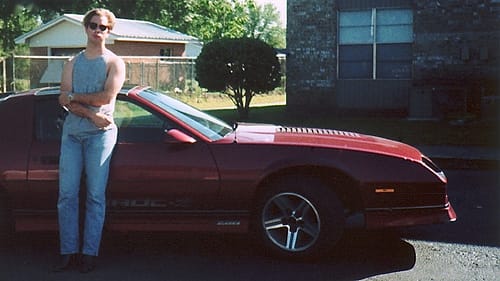 I came to America in the summer of 1989. It was a different time, a time before the Internet, a time when all a young Swedish man could know about America was what was on his TV set—Hill Street Blues, Miami Vice, and Dallas were America.

Through a long, tortuous chain of events I ended up going to college in Louisiana, at that Harvard of the South, University of Louisiana at Lafayette.

The thing was, as far as I was concerned, that was just as good as any other place in the states. Oh, sure, I knew Los Angeles was the capital of everything awesome, and probably Miami would be pretty darn cool, but what difference would it make in the long run? America was ALL COOL. We’re talking DETAILS here, babe. Sweden was a cold, miserable country full of horrid little towns that made you want to kill yourself, whereas America was nothing but GLEAMING SKYSCRAPERS and HARDBODIES.

Yes, this was the time before the Internet. All we had was TV. This is what we saw on TV.

Lafayette, Louisiana. Population: about 100,000. May, 1989. My new home. The air reeking of ozone and life. Everything wet and hot to the touch. A heady brew for a 21-year-old from a cold, gray country. My best friend from Sweden, Andy, had a sister Anastasia living there, part of the long story how I ended up in Louisiana of all places, and she would drive me around to get me familiar with the town in her ancient Honda Accord. The first day we ride around I see a pink Cadillac driven by a pimp wearing a purple fedora with one of his hookers in the passenger seat. Yes. A pink cadillac with a pimp and a hooker. I didn’t even ask for it. Just part of the reality.

What happens next is that Anastasia and me are going to go visit her brother Andy—my best friend—in Missouri. I’m driving a Camaro IROC-Z that I’m holding for a Swedish guy. Another long story. Be that as it may, I’ve got this 1986 Camaro IROC-Z with a 5-liter V8 we’re going to drive 11 hours to Cape Girardeau, Missouri from Lafayette, Louisiana.

Let me just remind you at this point that I’ve been in the States less than three months and I’m still working on my English. The English I was taught in school was British English—hey nonny-nonny, my dear chap, etc.—NOT American English, and most certainly not Southern American oh-well-let’s-call-it-English. So it was a bit of a challenge to keep up sometimes.

So there we are, Anastasia and me, in a cinnamon ’86 IROC-Z, heading to Missouri.

We go through Baton Rouge, taking the highway north, heading through Mississippi, and stop for gas. It’s this tiny gas station off the freeway, hidden in greenery, and everybody who works there is Black as the night. Outside the gas station is a beat-up truck with two white guys sitting in the front seat, both of them sporting massive ZZ Top beards and plaid shirts. They’re just sitting there, Lord knows why, staring. So we get out to fill up the Camaro and stretch our legs. I go in to pay for the gas, and have absolutely NO IDEA what the gas station attendant says to me. Seriously, NO IDEA. So I hand her a couple of twenties and hope I won’t get ripped off too bad. She hands me back some change and says something. I smile.

Outside, in the miserable heat, we get in the Camaro and get ready to take off, when the truck with the two ZZ Top rednecks takes off with squealing tires, makes a 180, tires smoking, and sits there facing the Camaro.

What in the EVERLOVING HELL is this?

The rednecks stare at us for a few seconds, take off with an epic rebel yell, and are gone.

At this point I’m getting tired from driving down the trance-inducing freeway and this kind of weirdness is just … something else to process … so we head off down the highway.

Which is still, to me, the coolest thing ever. Having an honest to God highway to drive down is THE MOVIES. An endless thrust into the wilderness, for me to drive as long as I can last. No winding Swedish road here—we’ve SUBORNED THE WILD. Drive, you bastard, just drive as long as you can.

Around 10 p.m. we hit the outskirts of Blythesville, Arkansas, find a gas station at a motel, fill up and stretch our legs. Only a few more hours to Cape Girardeau, Missouri.

Back in the car. My turn to drive. Turn the key and NOTHING. Not even a click. Just nothing.

Pop the hood, look around, see nothing obviously wrong. Turn the key. Nothing.

Ask the lady working the motel if we can use her phone to call the tow truck.

Sure. Tow truck wants $50 to even show up. Fine. What are you going to do?

Tow truck shows up. Huge Black guy whose only interest in life is to put jumper cables on the car and sit in his truck waiting for some kind of magic to happen. I try to explain that since there’s NOTHING happening when you turn the key, it’s not the battery. Since the car was running till we stopped the battery is not dead, and it’s something else going on. He is singularly unimpressed with my logic.

Surprise. After charging the battery for 20 minutes, the car still does NOTHING.

Anastasia and I are not in a good mood. The tow truck driver takes his money and drives away. Guess we didn’t move his heart to tears.

So it’s close to midnight in Blythesvill, Arkansas, and we’re standing by a dead cinnamon-colored IROC-Z.

This guy has been across the parking lot doing something to his beat-up piece of crap truck while we’ve been dealing with the tow truck driver, and apparently the tow truck’s departure is his cue to drive up to us. The truck’s entire flatbed is full of empty beer cans. This is not an exaggeration. You can NOT see the flatbed through the empty cans.

Now, imagine Axl Rose on the skids. This is what gets out of the truck. He REEKS of beer. Cause, you know, it’s Tuesday in Blythesville, so why not be lit up like a Howitzer?

He suggests we come stay the night in his room at the motel. Yes. This sounds like a good idea. Anastasia is a cute, blonde, Swedish 20-year-old. Nothing can go wrong with this plan. Only good things can happen in the cheap motel room on the outskirts of Blythesville, Arkansas.

So we manage to make him go away, which takes a while. Apparently we are huge fools for not coming to stay with him. But finally the truck made of beer cans drives away.

And there we are. Midnight in Blythesville. The IROC-Z is dead as can be. We’re out $50 to Captain Helpful in the tow truck.

The woman working the front desk at the motel tells us there’s a Chevy dealership somewhere in town, and we can call their tow truck. Perhaps they can help?

Great. What choice do we have? Let’s get another tow truck involved.

Second tow truck shows up around 1 a.m. This is the biggest redneck asshole I’ve ever encountered. After he ignores everything I say and verify for himself that indeed the car won’t start, things become problematic. Yes, he can tow the car to the dealership, but, oh, they’re REALLY, REALLY BUSY. If they’re the only effing Chevy dealer in town, I don’t care how busy they are. We’ll wait. Oh, it’ll cost more to tow the car tonight. Really? When should we tow the car, then, Captain Smart? Oh, it’ll be cheaper tomorrow? Then fine, we’ll have it town in the morning. Oh, but you still have to get paid tonight? Even though you’ve done nothing? Fine.

At this point the guy was being a full-on epic level asshole.

So Anastasia BLEW UP in his face, telling him exactly what kind of dick he was being. Apparently dealing with angry women was not his forté, so he ran back to the tow truck and started to take off. But before leaving, he stopped the truck—very dramatic with the diesel idling—looked me straight in the eye, and said, “This your woman?”

I said “Yes, yes she is” through gritted teeth, and he squealed off in a complete huff, shaking his head at what kind of idiot would tolerate an uppity woman like that. (All these years later I’m stilla bit happy I managed to be a part of that guy getting some grief. Lord knows he needed it and lots more of it.)

So our luck with tow trucks is not that great. But we had the phone number for the dealership to call in the morning.

At this point Anastasia is kind of hysterical with frustration about the tow truck redneck, which I certainly don’t hold against her.

And I’d like to remind you, gentle reader, that I’m 10,000 miles from home, dealing with the scum of America. OK? I am NOT prepared for this.

The woman working the desk at the motel tells us she’ll let us stay for free since it’s so late anyway. Which is the first time all day anybody has been a mench, so we gladly accept and fall unconscious around three in the morning.

And then up at 7 a.m. to call yet another tow truck and hit the Chevy dealership. Truck shows, we ride to the dealership, get the IROC-Z in for diagnostics.

Anastasia has been in the states for three years, and she has NO CLUE what anybody is saying at the Chevy dealership in Blythesville, Arkansas. I have even less of an idea. There are a lot of meshback caps and beer guts, and a lot of handshaking, but I basically just smile and nod and hope I’m not promising them my firstborn or anything.

After a lot of ungodly dealership coffee, we get the verdict. Apparently the previous owner had put in a killswitch. You trip it with your knee. When we got out to change drivers, one of us hit it. CLICK!

The visit at the dealership was kind of surreal and sleep deprived, so I’m not sure how much I ended up paying for this diagnostic, but I think it was something on the order of $70. Handshakes and meshbacks and we were out of there, on the road to Cape Girardeau.

What I do know is that on the way back to Louisiana after a very pleasant week in Missouri, I locked the car doors as we crossed the Arkansas state line and swore that if anything went wrong with the car, I would rather die inside it than ever set foot in Arkansas again.

« Red carpet for the apocalypse