Pictures of hard times and decay in rural Arizona. 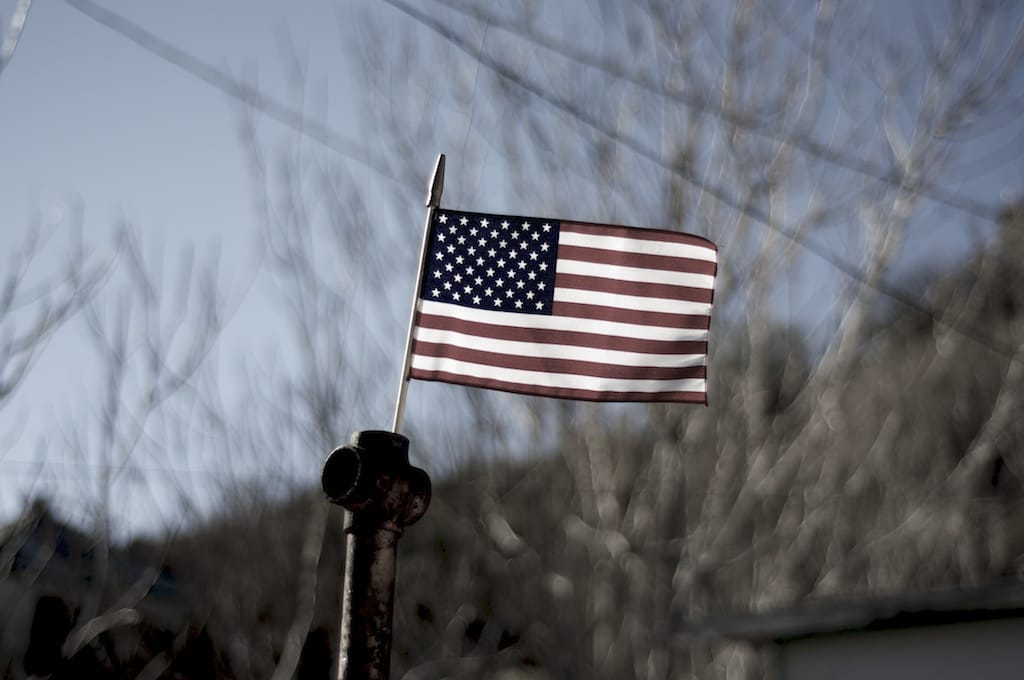 Waving the flag in Miami, Ariz.
Click the image to see a slideshow 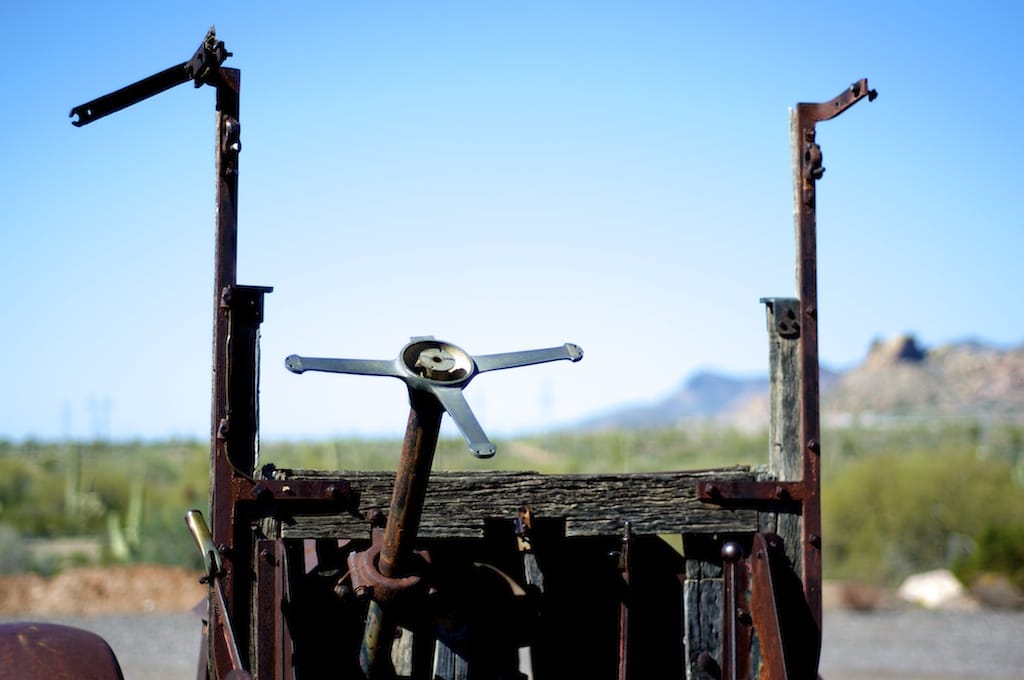 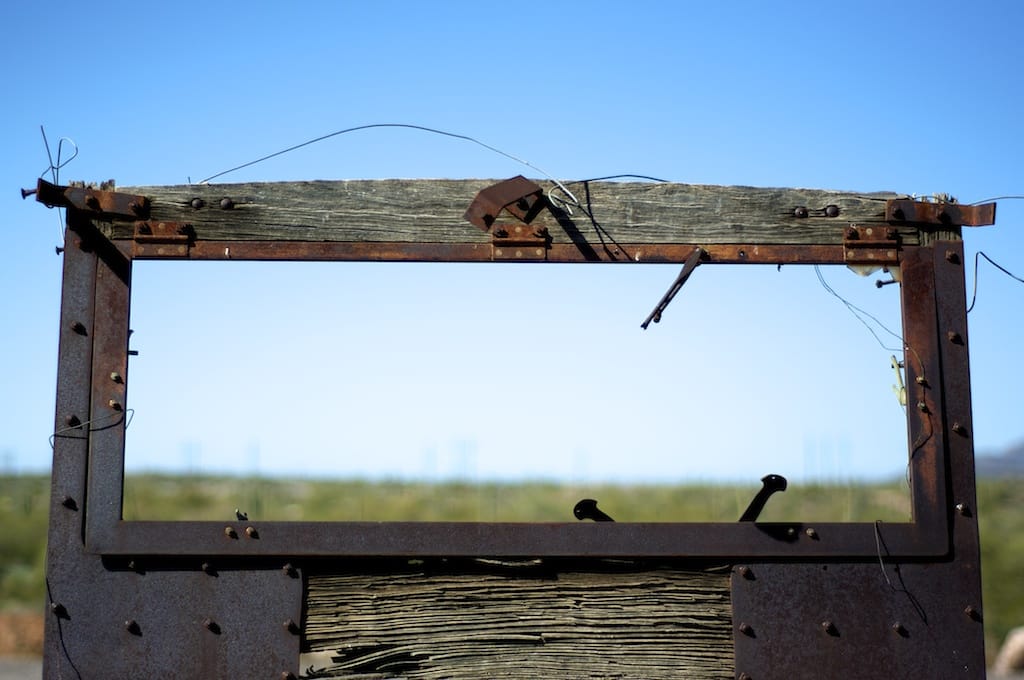 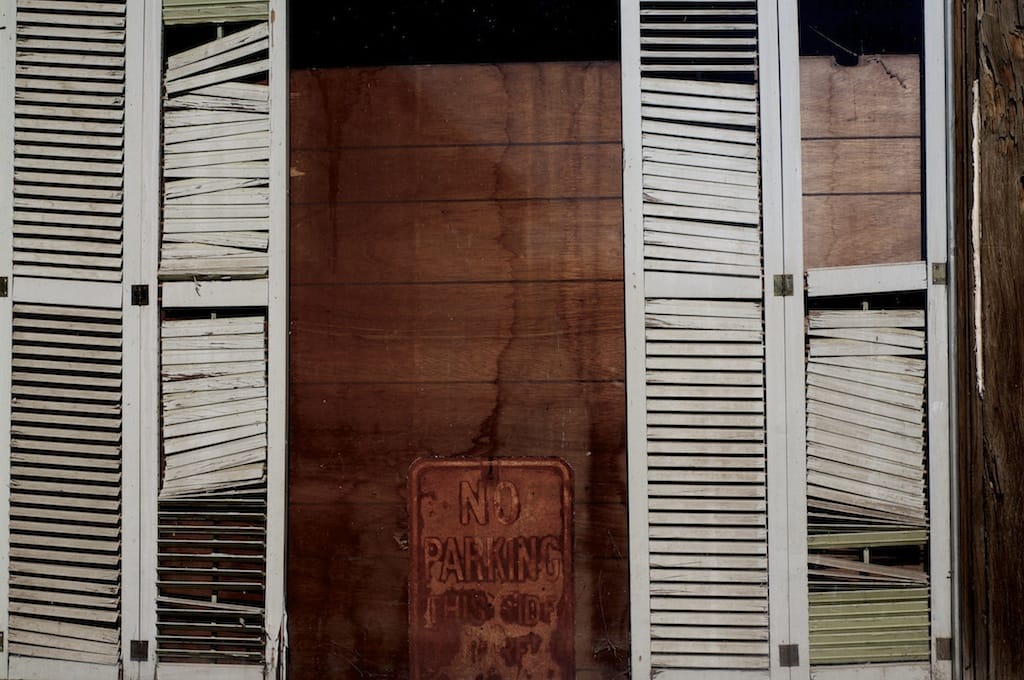 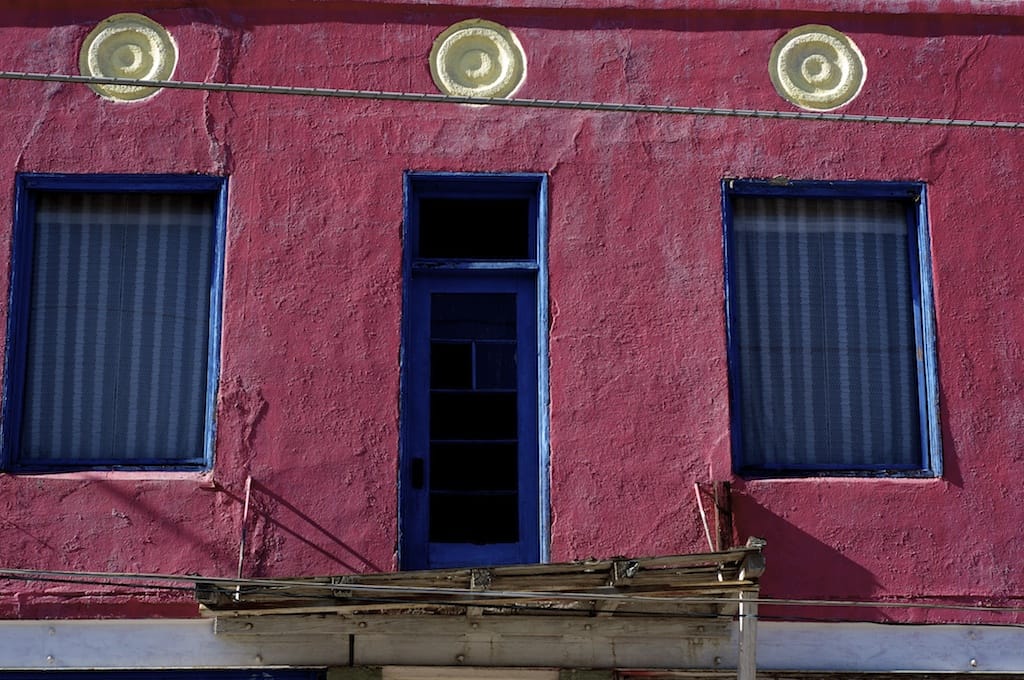 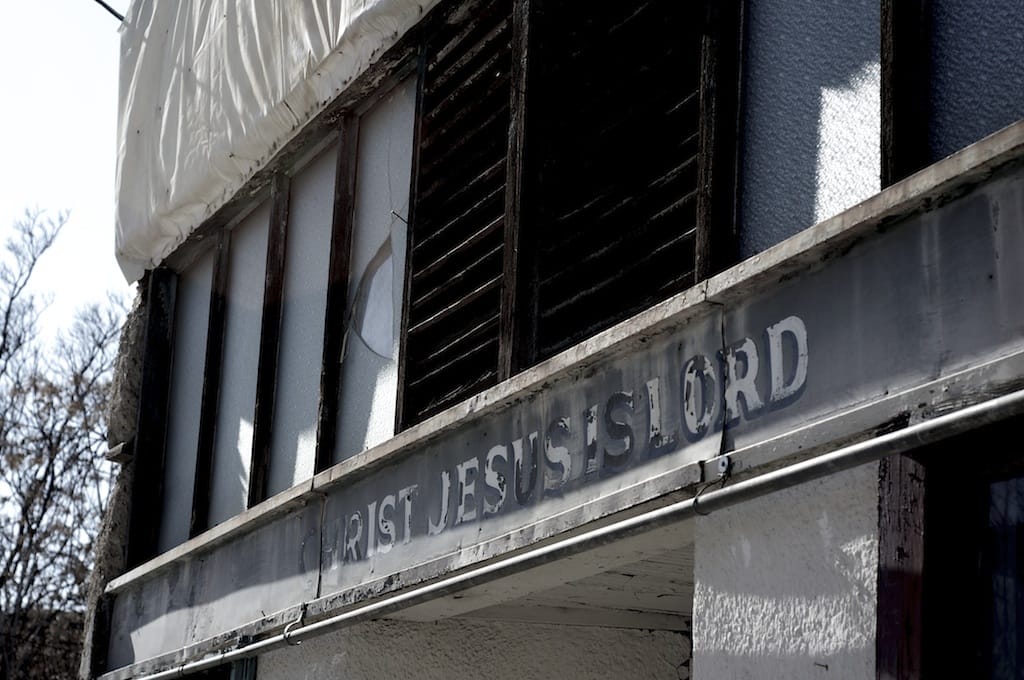 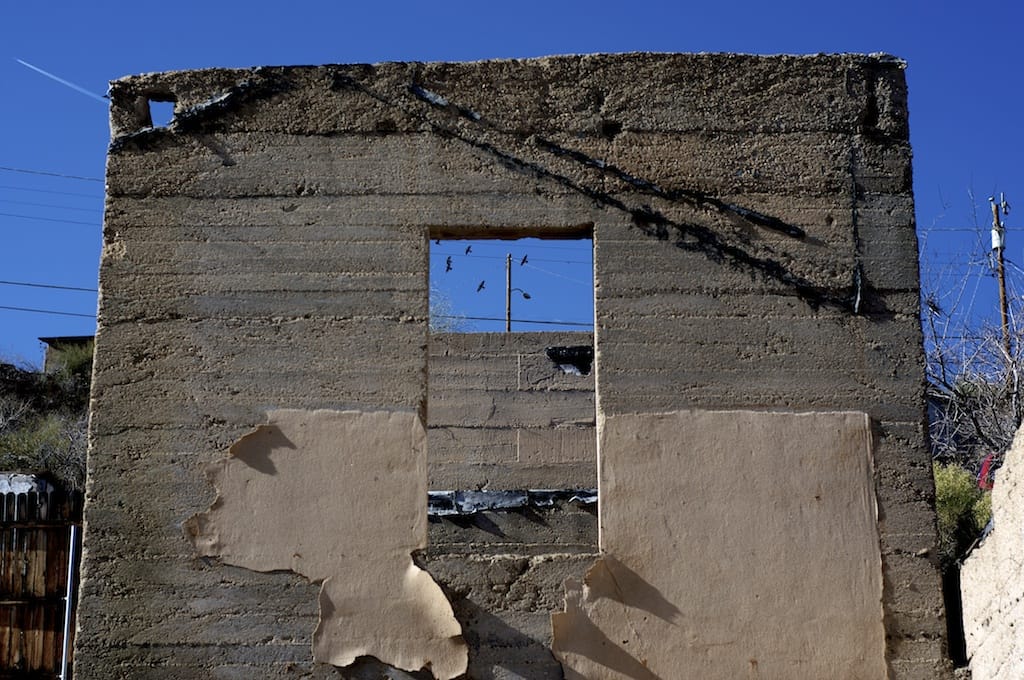 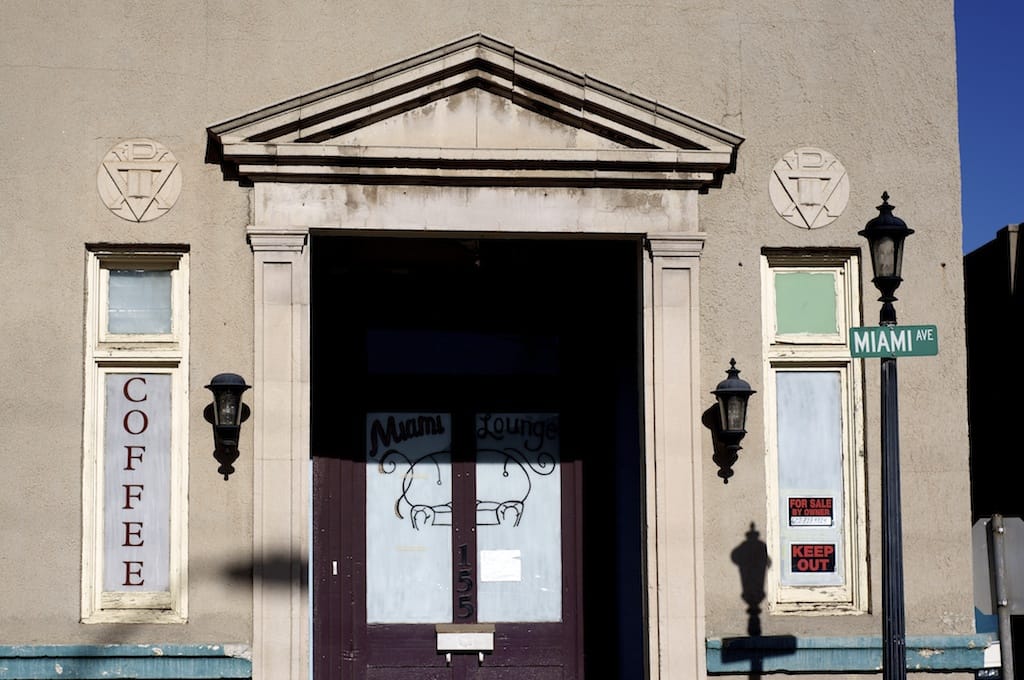 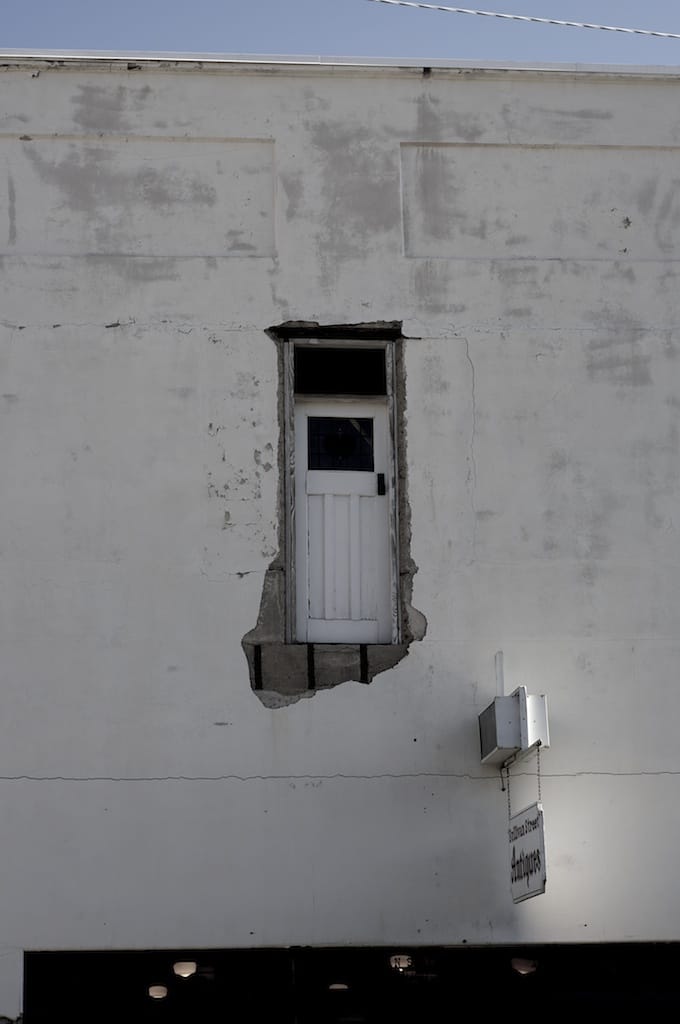 My friend Joe talked me into yet another photo safari to the real Arizona, this time focused on the mining towns to the east of Phoenix, mining towns that are not doing well economically and haven’t been for a long time. We first visited the fake “olde tyme” mining ghost town of Goldfield and then drove on to the real ghost towns of Miami and Globe up in the mountains. (The links take you to Google Maps.)

Goldfield is a fake ghost town where punters can go experience the Disney version of what it was like to live in a tiny mining town and—of course—eat chili. To be honest, apart from a row of rusted-out old cars and trucks that provide a lot of textures, it’s not very interesting.

An hour and a half or so outside Phoenix, Globe and Miami sit right next to each other, but for some historical reason Globe is still sort-of alive while Miami is dead and feels completely post-apocalyptic. Walking around in Miami, Ariz. makes you feel like you’re a character in The Road. This is not an exaggeration. Miami is creepy. People have taken to living in the downtown store fronts. A very few teenagers are walking around like zombies with baby carriages, smoking. Houses haven’t been painted for 50 years. The mountains loom over everything, rendering everything humans do insignificant. It’s as hard core as you can get with a smiling sun in a blue sky.

I’m not used to being an apocalypse tourist, so it was a bit hard to deal with.

But after all was said and done and we made it out without anybody killing us to eat our livers, I think some of the shots turned out pretty interesting.

Note: All content on this site is Creative Commons licensed. If you want to use any of the images, just attribute them to Nic Lindh and you’re golden.