A good kind of hungry

Eating a low-carb diet changes how your hunger feels. 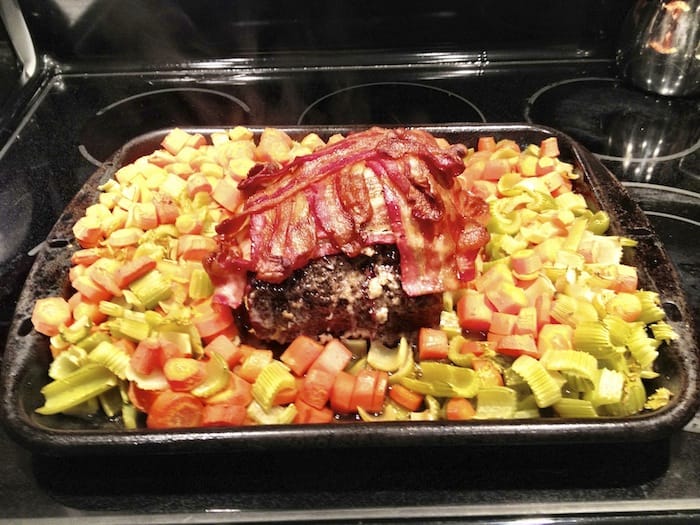 A roast with carrots, celery and—boom—bacon

One thing about a low-carb diet I haven’t seen discussed much is that it changes the feeling of hunger. Once your body switches over from burning carbs to burning fat as its primary fuel source and the attendant stabilization of blood sugar levels that brings, hunger starts to feel different.

When I was burning carbs, I’d get horribly hungry. Have-to-eat-right-now-or-I’ll-die type hungry. It was awful, but I thought it was just the way things were. I was eating right!

Once I started burning fat instead of carbs, hunger became completely manageable. Oh, sure, I still get hungry and want to eat, but it’s more like a gentle reminder. It can wait. If I need to do something else and can’t eat for a while, it’s not a big deal. I can skip a meal—it’s not the end of the world.

Clearly some people have the same experience while on a carb-heavy diet. (Not many, but some.) It just goes to show that we all have a unique body chemistry and some people are genetically predisposed to being way better at handling carbs than most of us. They’re few and far between, the lucky bastards, but they’re out there.

Call me cynical, but I think those are the people who end up making a living telling other people how to eat. After all, the standard carb-heavy diet works great for them! So clearly the fat people are weak-willed and just need to toughen up and get their act together.

If you find yourself gaining a few pounds every year and the thought of skipping a meal is horrifying, it’s not you. It’s your body’s reaction to carbs.

Do something about it. Read Why We Get Fat. Read The Primal Blueprint. Read Mark Sisson’s wonderful blog [Mark’s Daily Apple][mda] And above all, start cutting those carbs. It’s not a little liberating to be able to say, “Yes, I’m hungry, but it can wait.”