Nic is ecstatic about the backlighting on the Kindle Paperlight, but Amazon has made some strange design decisions and there’s a display hardware flaw.

The Kindle Paperlight is a solid upgrade from the previous Kindle, the one Amazon for some reason refused to call the Kindle 4. (My impressions of which you can find here.) Although it’s really an upgrade to the Kindle Touch, not the 4.

First, the strengths: The backlighting makes a huge difference, not just in dimly lit rooms, but also in daylight, where it increases the contrast profoundly. In daylight, it’s like going from reading dingy newsprint to a high-quality magazine—but only more so. The backlight by itself is the reason to buy a Paperlight.

It’s also noticeably faster than the Kindle 4—page turns, bringing up menus, looking up dictionary definitions, it’s all smooth. No more click, moment of zen, result. For the first time, the speed of the Kindle isn’t an issue. Bravo to Amazon.

The operating system has also gotten an overhaul, including, and this one really is a “finally”: You can switch fonts!

Now, Futura is a lovely display font, but you’d have to be stark raving mad to want to read a whole book set in it, so why is it even there? Baskerville has been a favorite of textbooks since time immemorial, but despite the Paperweight having a bit higher resolution than previous e-ink Kindles, Baskerville’s strokes are too fine for the Kindle display to do justice. 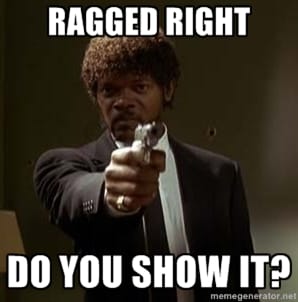 Also, can you finally turn on ragged right to avoid all the rivers of white space in your books? Can you? No, you can not. Sigh. It’s mystifying.

On my first unit it looked like the screen coating was absent in two spots—like a pixel stuck on white on an LCD display. It was only visible when I brought the Kindle really close, which I do when I’m reading in bed what with being blind as a bat. Received a replacement unit from Amazon and it has the same problem, though the light leakage is in a less annoying spot on this one.

You’ll only notice this if you’re really myopic, but once you do, it’s very annoying. So if you’re reading this and you’re not myopic, resist your nerd urge to inspect your Paperlight. You will probably be very sad.

It’s fair to say the Paperweight is an update to the Kindle Touch, which it has replaced in Amazon’s lineup, and not the Kindle 4, which you can still purchase. This stinks since the only way to interact with the Paperlight is to touch the screen, getting it all grubbed up and grody. No keys for you. And yes, you want the backlighting, the backlighting is good, so you’ll have to suck it up.

As an aside to the backlighting, note that it’s chintzy and low-rent at the bottom of the screen, where you can see the individual light sources. Don’t know how that made it through quality control, as it takes the impression of the device out of, “Oh dearie me, this screens glows with magic,” to “Yes, that’s going to be hard to avoid noticing every time I read on this device.”

For my particular use case, a faster Kindle 4 with the backlighting and still having physical page-turn buttons would have been perfect. Alas, it was not to be.

Despite its name, the Paperweight weighs significantly more than the Kindle 4—not a deal breaker but it is annoying and noticeable.

The last nit to pick is that the bezel on the Paperweight is black instead of the charcoal of the Kindle 4 and it reveals fingerprints like it’s its mission in life. Not only does the screen get grody, but the bezel does, as well.

So, Amazon giveth, Amazon taketh away and Amazon makes some very strange design decisions, but I’m willing to forgive a lot for the extra contrast the backlight provides.

Note: The Kindle links above are Amazon affiliate links. If you purchase something from Amazon through them I get a tiny kickback. Tiny kickbacks make me happy.