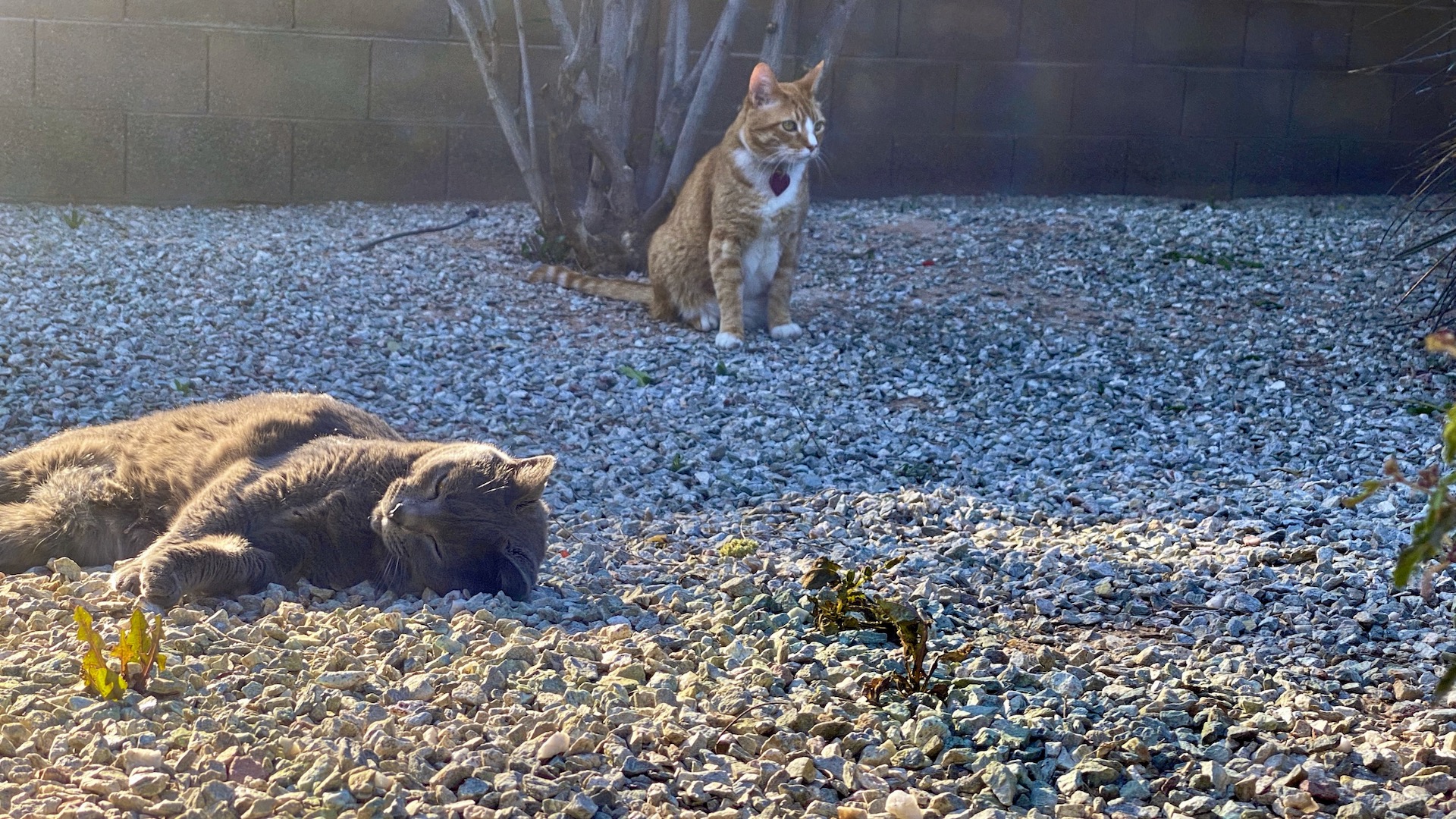 We’re living small lives in quarantine, staying home in the suburbs, but we have been blessed with a tiny, inconsequential bit of cat drama.

Let’s set the stage: We are helper monkeys for two cats, Helios and Phoebe. Helios is a neutered male, one of the most fun and interactive cats I’ve ever met, and also the Taliban.

He terrorizes other cats and puts out massive alpha energy.

But he’s getting older and mellower—actually turned ten this year. So he’s becoming more interested in relaxing in sun beams than patrolling the neighborhood for dissenters and infidels.

Phoebe is a beautiful Russian Blue spayed female. She’s a few years younger than Helios and like most Russian Blues a bit neurotic. A very nice animal, but jittery with a strong need for personal space.

Our cat drama actually started way back in the before the virus times, way back in February, when a neighborhood orange tabby started hanging around. 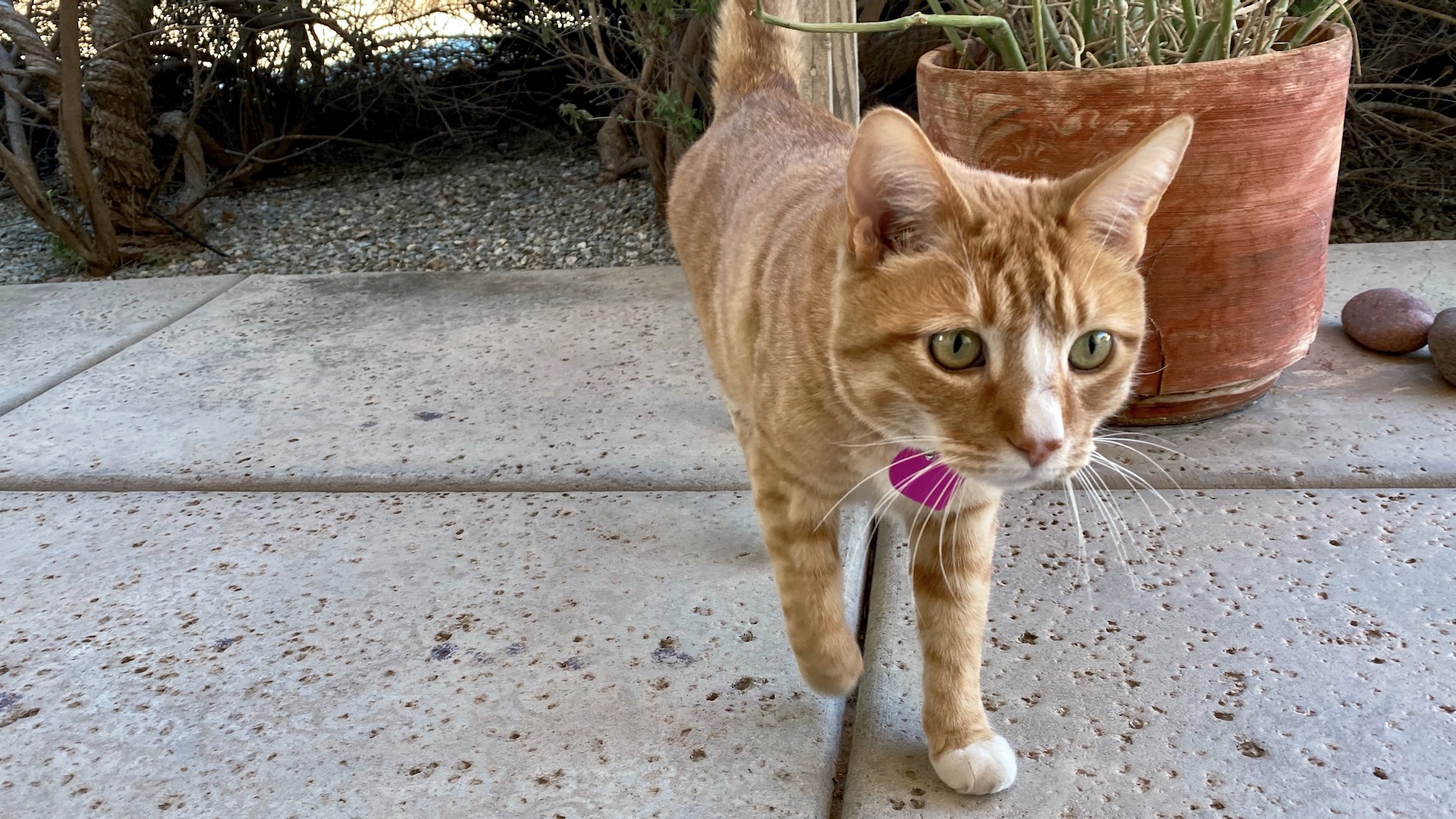 We know his name is Goldie because his responsible owners have put a collar on him with his name and phone number.

And no, Goldie is not starving or escaping from some kind of torment.

He’s the same weight now as February, and spends a lot of time being extremely chilled out on our patio.

Some days he’ll show up and stand by the patio door, meowing and acting like he’s confused why he is not allowed in.

We can pet him a little, but mostly he’s just about hanging out in our backyard doing his own thing. 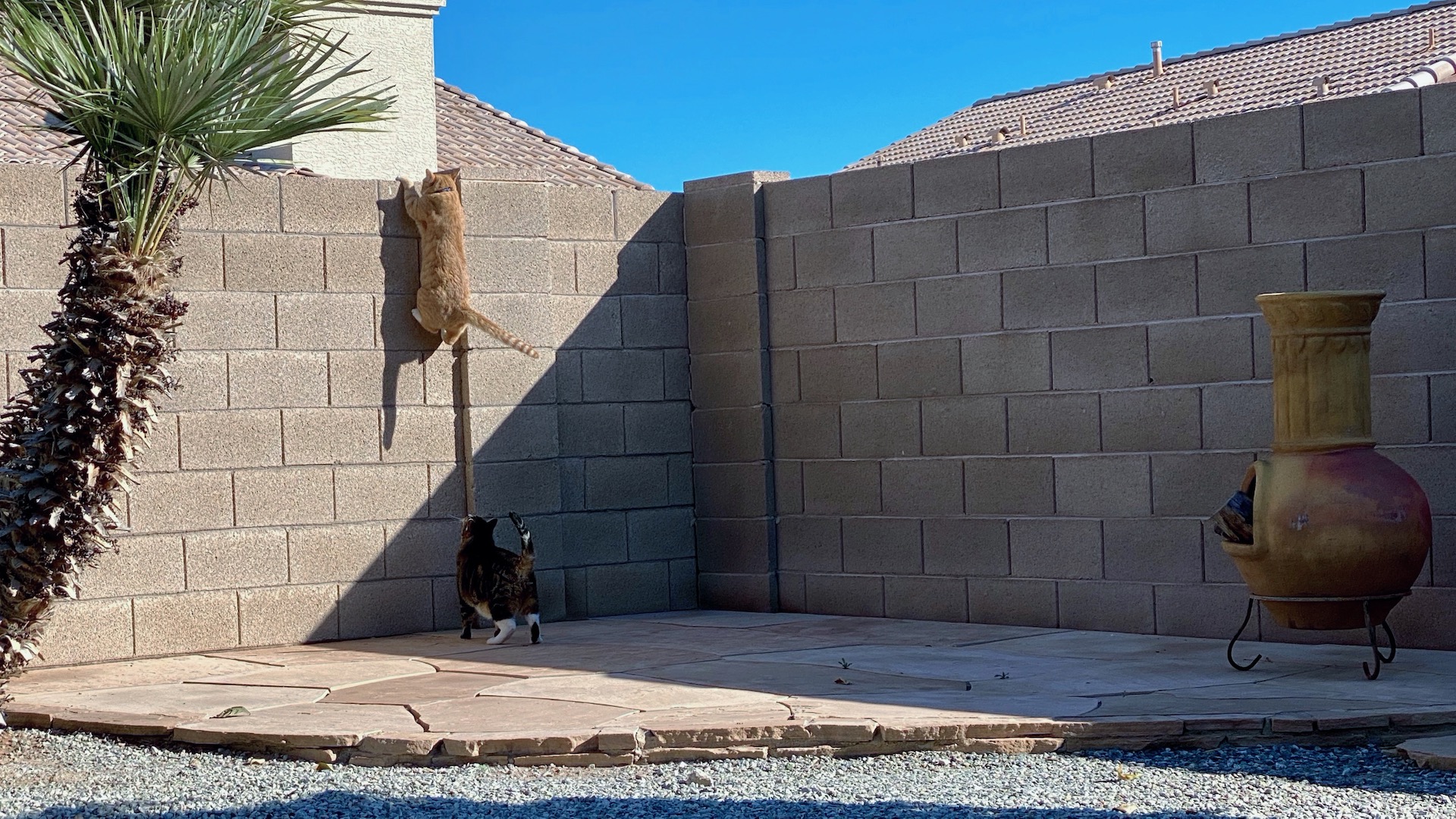 At first, Helios did not enjoy the presence of this other cat, and chased him away. Though he did chase Goldie away in a kind of lowest-possible-energy-way—it was clear his heart wasn’t really in it.

Which is to compare with a tuxedo cat who also roams our neighborhood. Helios hates that cat with the fury of a thousand suns and wants to eff him up in the worst possible way.

We do not know why. It’s a cat thing.

But let’s not get too distracted by tuxedo cat, who after all will only make a rare appearance and will beat a fast retreat when Helios starts raging the rage in his rage. I only bring it up because of the difference. What did one cat do that the other didn’t? What has happened out there in our neighborhood in the past?

For now, our uninvited guest is still showing up to visit, and both Helios and Phoebe are becoming more and more comfortable about his presence.

But we are not letting him into the house.

« It is certain, in any case, that ignorance, allied with power, is the most ferocious enemy justice can have
Man is ready to die for an idea, provided that idea is not quite clear to him »