Includes Angelmaker, The Magicians, Magician King, Iron Council, Thinking, Fast and Slow, Distrust That Particular Flavor, and Talking to Girls About Duran Duran. One of these is the most important book of 2011. 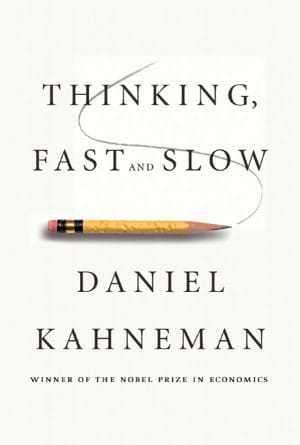 Angelmaker is something else. Strange and bent, it’s a rich stew of flavors from Thomas Pynchon to Neil Gaiman to William Gibson with that uniquely British, damp kind of steampunk.

The plot spans from World War II to the present, with a derring-do special agent, the world’s most evil villain ever, a king of gangsters, the timid clock worker son of the king of gangsters, a witch, a serial killer, a doomsday device and a whole slew of other more or less (usually more) strange characters, all enveloped in a consuming, dizzying plot.

A mesmerizing novel, Angelmaker is well worth reading.

Grossman takes all your favorite magic book tropes—a secret wizard school, a secret magical world, a young man who feels alienated in the real world and hopes for an alternate reality where he can really feel at home—and fuses it together into a touching and surprisingly gritty coming-of-age novel where the protagonist gets everything he wishes for and it’s far from enough.

So basically it’s a mashup of Narnia and Harry Potter with a generous sprinkle of teen angst, served up with enough of a twist that it doesn’t feel derivative or tired, quite the contrary.

The Magicians is well-written, with surprising twists on common fantasy devices, and above all it manages to take the clichés and turn them into something really surprising. This is not a spoiler, but the denouement is truly surprising and also makes perfect sense. The kind of ending you don’t see enough, where it’s from left field and turns things on their head but is inevitable once you see it. It’s so hard to do and done so well in this novel it’s hard to finish it and not want to clap.

The follow-up to The Magicians continues the story of the magic kingdom of Fillory and the human magicians who have become its kings and queens. If you enjoyed The Magicians there’s no way you can not read this. And it’s worth it. Lose ends are tied up and more adventures are encountered, with an increasing, palpable, sense of darkness and menace.

It’s not as good as The Magicians but still hard to put down and does provide a shattering conclusion to the story.

China Miéville is a vastly gifted writer blessed with the supernatural ability of making steam punk cool for normal people. But I was unable to finish Iron Council—it’s much too long, much too sprawling and with way too little plot. In a way it’s a sequel to the very good Perdido Street Station, (my review here) or at least it’s in the same universe. Meaning it’s baroque, weird, unsettling, very smart and stylish to a fault.

Which is what did me in. There’s a great story buried in Iron Council and some memorable characters to inhabit that story, but there are so, so many words. So. Many. Words. The words choke the plot which sometimes stirs to wave around a bit, but then sinks back under the waves of words again, leaving you to flip page after page.

If a fearless editor were to go in and chop out at least half the text it could be one of the best novels of the year, but as it stands it’s more of a death march than anything else.

It’s impossible to oversell this book: it’s nothing less than the missing manual for your brain. Kahneman condenses decades of research in psychology, sociology and economics into the principles by which our minds operate.

Essentially, we have two distinct mental systems: The first is lazy and uses as many shortcuts as possible to arrive at answers as quickly and cheaply as possible—the autopilot. The second system gets activated when the first system is stumped. It’s fallible in many ways, but provides much better answers at the cost of taking longer and making you work harder.

Kahneman provides an almost overwhelming amount of research on these two systems, their foibles and their strengths.

The conclusion at least I reached on reading Thinking, Fast and Slow is that most of our perceived reality is a construct of the mind, and a scarily fallacious one at that. Which you could see as depressing or fascinating, depending on your world view. I choose fascinating.

Read Thinking, Fast and Slow. It’s the best use of your time possible.

William Gibson is a genius, no question about that. This collection of essays and magazine articles is wonderful if you’re a fan of his style and also provides some insight into how he thinks; it’s his wonderful eye for detail and the sublime in the everyday that makes him such a powerful novelist and it’s very much on display in this collection.

On an overcast Sunday, brew up a nice cup of coffee, sit down in your comfy chair with Distrust That Particular Flavor and inhale his ideas. It’s a joy.

Talking to Girls About Duran Duran, by Rob Sheffield ★★★☆☆

Charming and brief biography about growing up in the ’80s and trying desperately to understand the mystery that is girls. Sheffield is a Rolling Stone writer and has clearly spent an unhealthy amount of time thinking about music, especially the hits of the ’80s that colored the decade of his youth.

Each chapter picks a situation in his life and illustrates it with a hit song and the meaning young Sheffield attempted to wrest from its vapid lyrics.

A quirky, breezy book that will put a smile on your face if you lived through the decade of shoulder pads and androgyny.

His songs were a Magic 8-Ball of the damned. Whenever I would contemplate a really big adventure, like maybe washing my hair and putting on clean socks and leaving my room, Morrissey was there to talk me out of it and provide me with excellent reasons to keep hiding in my room where I belonged. When I did go out, to attend class or pick up a bag of Zeus Chips, I felt guilty for cheating on Morrissey with life.

Disclosure: Most links above are Amazon affiliate links. You buy something, I get a little kickback to motivate me to keep writing these reviews. It doesn’t cost you a dime.

« A good kind of hungry