Nic watches movies. Included are Tinker Tailor Soldier Spy, Haywire, Underworld: Awakening, Mission Impossible: Ghost Protocol, The Lincoln Lawyer, The Guns of Navarone and Immortals. Several of these movies are bad but only one made Nic turn it off. 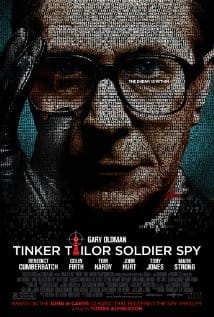 [All movie titles link to Rotten Tomatoes, so you can see what the people who get paid to write about movies think.]

“About these spies and shit. It was trippy as hell. Like they didn’t even have cell phones. They wrote stuff on like these typewriters that sent like text messages.”

“And this dude had these weird glasses that like changed. Like they were black and then they were brown and shit.”

“British spies like live in these ratty apartments with brown wallpaper and shit. And drink a ton of whisky. And smoke a ton of cigarettes. And think about shit a lot. It’s weird, bro.”

“If you like brown and dudes smoking and thinking, I guess.”

Haywire is a solid, well-tuned thriller that suffers from the same problem as most Steven Soderbergh movies: It’s clean, solid and emotionally detached from the action.

Still, this is well worth watching if you’re in the mood for a thriller.

The first Underworld movie was pretty great: An ancient war is ongoing between vampires and werewolves and we follow Selene—voted vampiress to best wear tight latex every year since latex was invented—as she deals with the betrayal of her peers and her Romeo and Juliet attraction to a werewolf. It sure wasn’t Fellini, but it was a pretty effective pseudo-horror movie with a lot of verve.

The series should have ended there, but since it was a hit it obviously couldn’t. Which takes us to the latest installment, Underworld Awakening.

The concept is that the humans (boo, hiss) have discovered the existence of the vampires and werewolves and declared war (duh). It goes pretty well for the humans and the vamps and hairys are driven into hiding.

But, gasp, treachery is afoot! It’s not really worth it to go through the plot since it doesn’t really matter, but a few things about this extremely tired sequel are worth pointing out.

First, Katie Beckinsale is back playing Selena and she’s completely phoning it in. Which nobody can really blame her for, as she’s in a movie with a stupid, hackneyed script that leaves zero room for characterization.

Second, one of the charms of the original Underworld was the use of prosthetics and real live action for the werewolves. That’s gone. We’re in CGI country now. So the werewolves are little but video game nasties.

Third, the movie for some reason looks just like a low-budget ’80s flick. It’s hard to pin it down, but it just has the same aesthetic—or lack of it.

These things being said, I still watched it all the way through, so there’s something in there. It’s an OK popcorn flick, essentially, but there are so many things that could have been so much better and so much less ’80s.

At least nobody had a cool catch phrase.

Heard a lot of good stuff about this one. Heard it was the Mission: Impossible installment to really bring the series home. Heard it had a 93% rating on Rotten Tomatoes.

Well, watched the first half hour. Now I wonder what the hell is wrong with you people.

Seriously. Let’s talk about what I saw. And yes, technically these are spoilers. If there was a plot. So, Ethan is in a Russian prison where he’s spending his evenings doing trick shots with a rock against a window. You know, because he’s really cool. But he gets broken out of the Russian hell-hole prison because he’s needed to do a difficult job. Ooooh. Exciting. And apparently he was only in the hell-hole Russian prison because he felt like it and that’s the kind of bad-ass he is.

Granted, his hanging out being Extremely Manly and Cool™ in a, let’s recap here: hell-hole Russian prison, may have been explained later in the movie. Who knows.

But! Some kind of super secret mission has gone wrong! And now they need Ethan’s bad ass sexy skills! During the mission that went wrong, and stay with me here, because this is so dumb it boggles the mind, during the mission that went wrong an agent put in a contact lens that gave him a virtual heads-up display to some kind of super computer that did face recognition for him, complete with heads-up display.

Got that? Pretty cool, right? Except when he runs into an assassin. Because then he doesn’t get the heads-up display. No, no. Instead, he gets a text to his phone that the lens has seen an assassin.

Yes. The thing he really, really should get a heads-up display notification about gets shunted to the phone in his pocket. This is the point where grown-ups pinch their noses with their fingers then massage their temples.

So Captain Contact Lens gets shot, obviously. And then Ethan has to break into the Kremlin to retrieve some super secret files. Well, it’s the Russians, so I suppose they haven’t digitized their files yet. Fine. But. And here’s where my thumb started hovering over the stop button: There’s a long corridor with a guard at the end! So Ethan and his sidekick bring in a movie screen that fits the corridor perfectly and shows the guard a reflection of an empty corridor even though Ethan and his sidekick are hiding behind it and moving closer! Genius! And then just when Ethan really needs it the technology fails! Who could have seen that coming! So he has to run!

And that’s when I decided to not waste any more of my life on this turkey!

Movie interpretation of Michael Connelly’s brilliant novel (which I review here). Mickey Haller is a low-rent, hustling lawyer in L.A. who uses a Lincoln for his office—necessary, since he travels between different court rooms and meetings with clients during the day.

Haller has, ahem, issues—stress, drinking, shared custody with his ex-wife (played competently by the always lovely Marisa Tomei) and the general sleaziness of his entire existence.

In general, The Lincoln Lawyer is a good movie and mostly follows the novel’s plot, but, sorry, Matthew McConaughey does a good job but he isn’t Mickey Haller. McConaughey’s Haller is too slick, too greasy. In the novel one of the big tensions is that Haller doesn’t like what he’s forced to be, but McConaughey completely glosses over that and creates a Haller who wallows in his sleaziness.

Nevertheless, if you haven’t read the novel—which you definitely should—The Lincoln Lawyer is a decent courtroom thriller and well worth watching.

The Guns of Navarone is one of the classic World War II epics, but as you’d expect of a movie released in 1961, it’s showing its age. The pacing is slow, some of the special effects are ludicrous (in the ’60s cars apparently exploded if you looked at them sideways) and the characters are wooden and distant.

On the plus side, the plot is still gripping, building tension like an unstoppable machine, Gregory Peck and Anthony Quinn were wicked cool dudes, and as a bonus the scenes inside the gun installation at the end were clearly a huge visual inspiration for George Lucas’s Death Star personnel.

Arm yourself with some patience and watch it.

Oy vey. Immortals tells the tale of ultra-violence in Ancient Greece. It’s kind of like 300 except the fascists are the bad guys in this one. Basically, King Hyperion is a mad man—mad, I tell you! Mad!—determined to find a magical bow which will enable him to free the titans who were imprisoned by a the Gods of Olympus after a big war in heaven. This will supposedly make him a god, somehow. The details are a bit sketchy.

The plot is very silly indeed. Sigh. So, so silly. But on the plus side, there’s some gorgeous imagery and special effects and Mickey Rourke puts in a great performance as a deranged psychopath with unique fashion sense. Produced by the team behind 300, a lot of the visuals are reminiscent of that movie, but with a lot less flair.

Note that Immortals probably makes more sense if you have no knowledge of Greek mythology.