Nic watches movies. Included are Contagion, Drive, Conan the Barbarian, Fast Five, Hanna, Priest and Bridesmaids. Can you guess which one Nic hated? 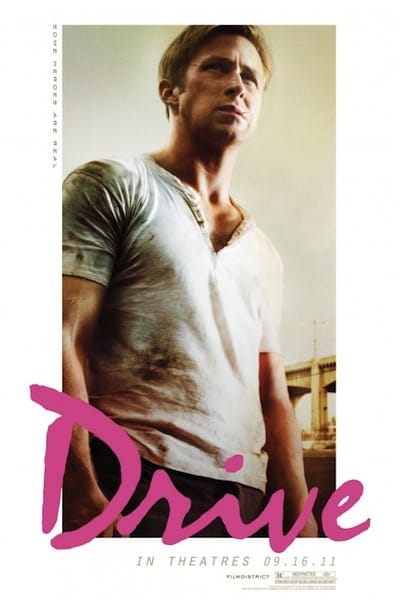 [All movie titles link to Rotten Tomatoes, so you can see what the people who get paid to write about movies think.]

A virus outbreak brings the world to the brink of collapse in a thriller sure to make each viewer run out and stock up on Purell. Contagion is fast-moving and taut with great turns by especially Matt Damon as a grief-stricken dad and Jude Law as an impressively revolting conspiracy theorist.

The off-putting thing about it is that if anything, it’s too sleek—the material really demands a grittier form instead of this beautifully wrought production.

If you use the common heuristic of equating Ryan Gosling movie with date movie, you are making a big mistake. Drive is a Nicolas Winding Refn movie, like Valhalla Rising and Bronson (which I review here). This means it’s ultra-violent and strange with a psychotic lead character. So get any idea you may harbor about Drive being a “normal” movie right out of your head.

That being said, it looks like somebody sat down with Refn and said, “Look, your previous movies are really interesting. Great concepts. Great cinematography. Great acting. But seriously. You need to have some kind of plot that makes sense to people without masters degrees in literature.”

So Drive is a much more honed experience than Refn’s previous movies, but it’s still a bitter pill.

As to Gosling, he does a great job as the psychotic lead character.

I’m a sucker for sword-and-sorcery. “Oh, your film has a magician and a barbarian, you say? Count me in!” But even so, I was a bit perturbed they were making a new Conan movie. Because it’s not like it was needed. The ones we have did the job, especially the first one. And seriously, could there be a more thankless role than Conan? Schwarzenegger totally nailed it. How can you add anything? Wisely, I think, our current Conan doesn’t even try.

But the movie is actually not bad. Not good, per se, but not bad, either. There’s hacking, there’s slashing, there’s evil magic and there’s our favorite barbarian.

The plot is thin, the effects are sometimes Star Trek: The Next Generation bad (do rocks really bounce like mattresses?) and the acting is at best serviceable, apart from the evil wizard who is clearly having a blast with his role.

The Conan origin story was also annoying and unnecessary. We already have one. How about skipping that piece and just saying “this is the next installment in the saga?”

Be that as it may, there’s an evil (eeeeeeviiiil) wizard and Conan is the most barbarian of the barbarians so it’s two decent hours of popcorn munching.

I’ve seen The Fast and the Furious and the horrible Tokyo Drift sequel, so there was no way in Hell I was going to watch this. But then I saw it had a 78% on Rotten Tomatoes, and, hey, it’s good to have an open mind and clearly this installment must be much better than the previous ones.

I’m clearly new to this world.

I turned it off 20 minutes in. Really dumb people do absolutely preposterous things with cars, things that violate all the rules of gravity, velocity and mass. Again. While posing in muscle shirts looking all greasy, smarmy and smirky. Again.

If you’re a movie critic, if you actually get paid to supposedly know anything about movies, and you gave this piece of shit a thumbs up, you have officially failed at your job. All of you on the Rotten Tomatoes page who did so are now on The List. Your opinions mean nothing.

Seriously. What the hell.

Visually impressive euro-thriller that borrows a lot of its feel from the Bourne series. The title character, played by the eerily fantastic Saoirse Ronan, is incredible to watch. Apart from that, it feels pretty generic. Very well made, though.

Fire up the popcorn maker.

At the time of this writing, Priest has earned a horrific 17% at Rotten Tomatoes. Ouch. And I disagree. Yes, Priest is a very, very silly movie indeed—let’s get that out of the way—but it’s stylish and fast. Essentially, we’re talking about mashing up post-apocalypse movies, vampire horror movies, dystopian future movies, and westerns. Kind of like Mad Max meets Resident Evil meets The Good, The Bad and The Ugly with a sprinkle of Blade Runner.

Fun stuff if you can switch off your brain.

OK, I was expecting something raunchy but I was definitely not expecting this. Kristen Wiig and Maya Rudolph put in pitch-perfect performances in this no-holds-barred comedy about the stresses an impending marriage puts on a friendship.

It is funny and beyond awkward. And raunchy. Sweet Jesus is it raunchy.

This is not a date movie, but it’s well worth watching. Just make sure the kids are asleep first.

« The dragon flies at night