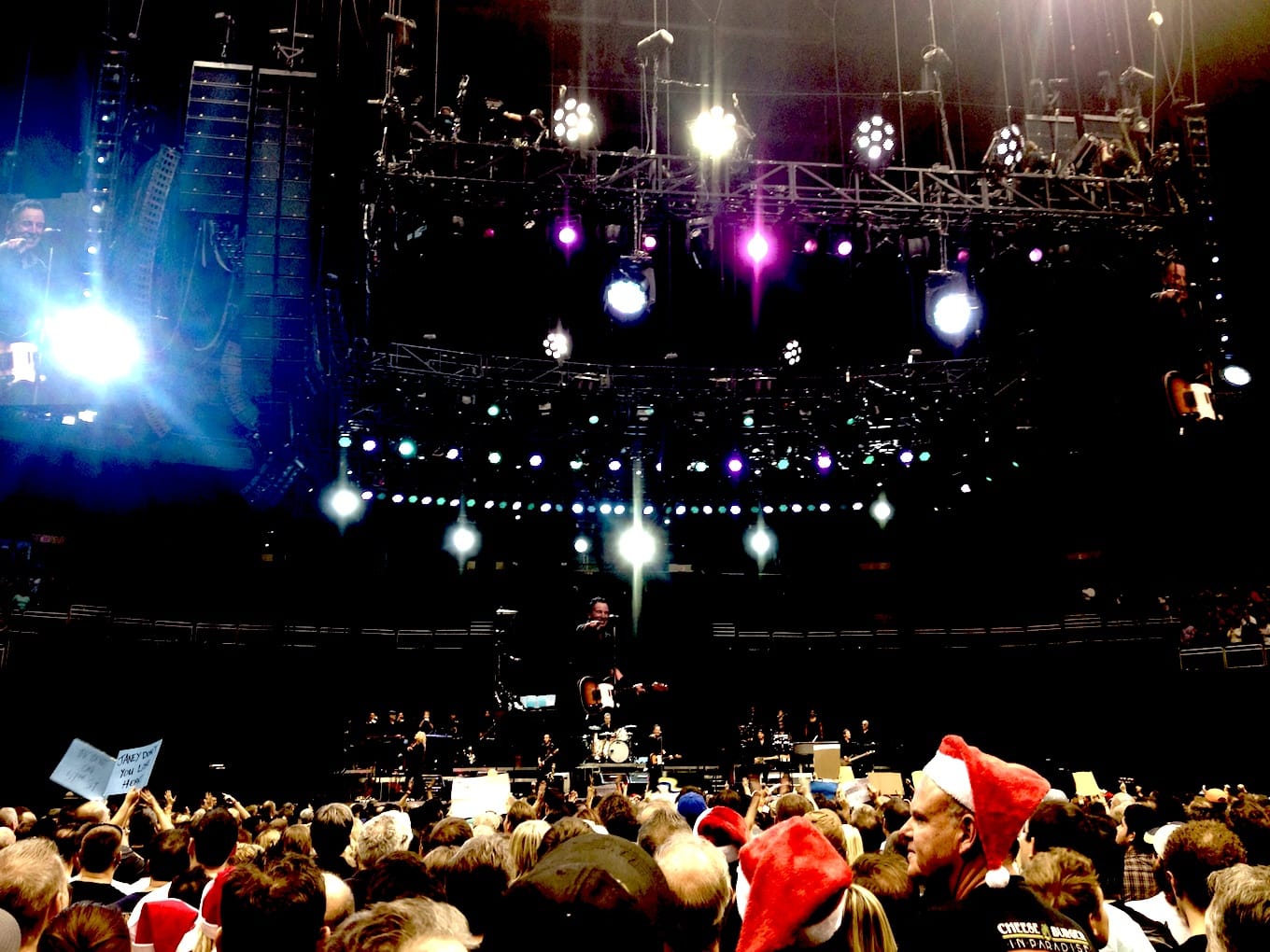 Bruce Springsteen performed a concert in Phoenix Thursday night. As I’ve been a Springsteen fan since seventh grade in Sweden when a friend of mine introduced me to his older brother’s LPs, it was time to make an effort to see Springsteen now. He will only be with us for so long.

Now, as I’ve talked about before on this blog, Springsteen was a major motivator for me to learn English and he is in many ways a reason I live in the States now, so this concert carried a lot of emotional baggage.

The first time I saw Springsteen in concert was way back in 1985 at Ullevi arena in Gothenburg, Sweden on the Born in the USA tour. Yes, 1985.

(Springsteen seems to love Sweden and tends to put on absolutely smashing shows over there.)

Springsteen is one of the major reasons I’m fluent in English and living in America, and I’ve spent countless hours listening to his albums. I expected a great show.

It’s Springsteen, so of course it’ll be a great show.

The Boss delivered something better than great. At this point in his life and career he’s amassed a massive back catalogue to draw from and has honed his craft as a performer to such a fine edge he knows exactly how to keep an audience in the palm of his hand. Seriously, if you programmed a Terminator to run a show, it would not do it as well as Springsteen.

That combined with the work ethic that has everything rehearsed to the point where it looks spontaneous is really a stunning thing to behold.

But the thing that really made the concert transcendent was joy. It sounds corny, but it was three hours of sheer joy—Springsteen and the entire band were beaming, looking like there was nowhere they’d rather be and nothing they’d rather do than play the hell out of that concert.

It’s wonderful that Springsteen, who has penned some truly bleak songs about the American condition, is at the point in his life where he wants to celebrate and share joy and that he’s in a position where he can travel the world and do so.

Even the poignant memorial to fallen band members Clarence Clemons and Danny Federici were joyous in their own way—celebrating their lives instead of mourning their deaths.

If you get any chance to see him, do it.