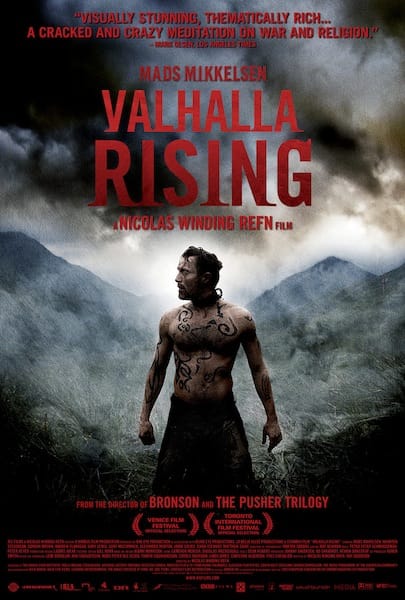 I swear, I haven’t been purposely trying to find crappy movies to watch. I am not a masochist. I just want to be entertained for an hour and a half. But apparently Hollywood has decided that if you’re not a stoned teenager yor lot in life is to be insulted.

(All links go to Rotten Tomatoes so you can see what the people who actually get paid to write about films think.)

I am Number Four

A super-combat experimental space person from another planet is betrayed and blah blah blah ends up on Earth. While on Earth, waiting for the assassins who are coming after him, he decides the best use of his time is to … yes, of course … go to high school.

Please do re-read the previous sentence. Captain Combat decides to go to high school to experience the drama. Because he’s bored waiting for the space assassins who are coming after him. This is what the super-combat space person does.

It might have become a fantastic movie after the halfway point. Since I turned it off in disgust 30 minutes in, I wouldn’t know.

But really. Really. Space boy—who looks like he’s about 30 years old—forges papers to get into high school because preparing to deal with the assassins who are coming after him is too “boring.”

Somehow Timothy Oliphant found himself as a supporting actor in this stinker. He looks embarrassed. As he should.

Well, it’s in focus. That’s probably the kindest thing you can say about this abomination of a movie. Stumbled across it on TV one night and ended up watching all the way through in numb horror, thinking “there’s no way this movie can be this bad.”

Sure, you don’t expect feelm from a video game adaptation, but having a more coherent plot than the freaking video game might be a good bar to set for yourself during your creative journey.

This movie proved me wrong. Yes, it did: I was convinced the Will Smith vehicle Wild Wild West would forever be known as the worst cowboy steampunk movie of all time.

I stand corrected. Jonah Hex manages to be even more catastrophically awful.

It’s one of those movies where you can’t wrap your head around what anybody involved in the process was actually thinking. Except for John Malkovich, whose every appearance flop-sweats dread over the stinker he’s found himself in. Oh, he knows it, and it’s killing him.

Really, Jonah Hex should be used as a case study in business schools to show the madness and stupidity which ensues when men with small penises who drive Porsches to compensate for the indignities of their divorce are allowed to give go-aheads to really, really awful scripts.

So, so unrelentingly bad.

The one thing we can hope for is that this will forever warn Hollywood off from the preposterous idea of cowboy steampunk. But I’m not very confident of that outcome.

Yes, the 1965 epic. And I do mean epic. How epic? The movie starts out by showing an abstract painting of birch trees with the word OVERTURE superimposed and then proceeds to make us listen to said overture for several minutes.

You want epic? You wait till we’re done with the mother-bleeping overture.

So how does it stack up today? Doctor Zhivago is one of those movies where the cinematography turns every frame into art. And you have to remind yourself that there was no CGI back then—the huge crowd scenes are filled with extras, the sets really are sets. Everything was there. The sheer amount of money, effort and craftsmanship that went into a production like this makes movies created today look like poor cousins.

But yes, it’s from 1965. The pacing is glacial. The acting is over the top. That being said, it’s a great story and seeing it in an impressive Blu-Ray transfer like this is an experience.

If you care about movies, you should watch this.

A bleak and ultra-violent viking flick? Sign me up!

Ah, it could have been so good, but plays like it was directed by a hungover and depressed Werner Herzog, with the bleakness and horrific violence lost in a plot that makes very little sense.

The basic idea is that Mads Mikkelsen (doing an outstanding job) plays a viking slave forced to fight gladiator-style for his survival. And then he gets really violent. And some Christian types who are really repulsive take him on a journey to, as it turns out, Hell. No, that’s not a spoiler. This movie can’t be spoiled. It would need a coherent plot for that.

Frustratingly, the cinematography is great and the ideas are interesting, so with a lot less “I wear a beret and make feelms” pretentiousness and a lot more character and plot Valhalla Rising could have been a great movie.

For some reason it earned a lot of good reviews. The only theory I can think of to make sense of those reviews is that there are a lot of movie reviewers out there who never got over their fear of their English 201 professor.

Same director as Valhalla Rising. And what do you know? It’s a bleak and incredibly violent art house movie about a British thug who spends most of his life in prison where he, well, fights a lot and in general makes a complete, horrific nuisance of himself.

Same problem as Valhalla Rising—there are some good ideas and good cinematography, but there’s no real plot and the protagonist is such a grotesque sociopath you cheer every time he gets beaten to a bloody pulp by the prison guards.

Still, if you like your violence graded ultra, give Bronson or Valhalla Rising a go.

Ah, yes. The picts. They sure gave the Romans a headache back in the days before Hadrian’s Wall.

As Conrad observed in the beginning of Heart of Darkness, England was the absolute end of the world for the poor slob Romans who got posted there, and they had a miserable time of it.

Pretty violent and pretty good. And with a plot that, while over top, mostly makes sense.

If you know the Resident Evil concept, I’m not going to rehash it here, and if you don’t, well, you won’t like the movie.

To clarify, it’s not like it starts smart, but within the genre it’s at the IQ level you kind of expect.

But what’s it matter? If you liked the other Resident Evil movies, you’ll watch this one. If you didn’t, well, just stay clear.