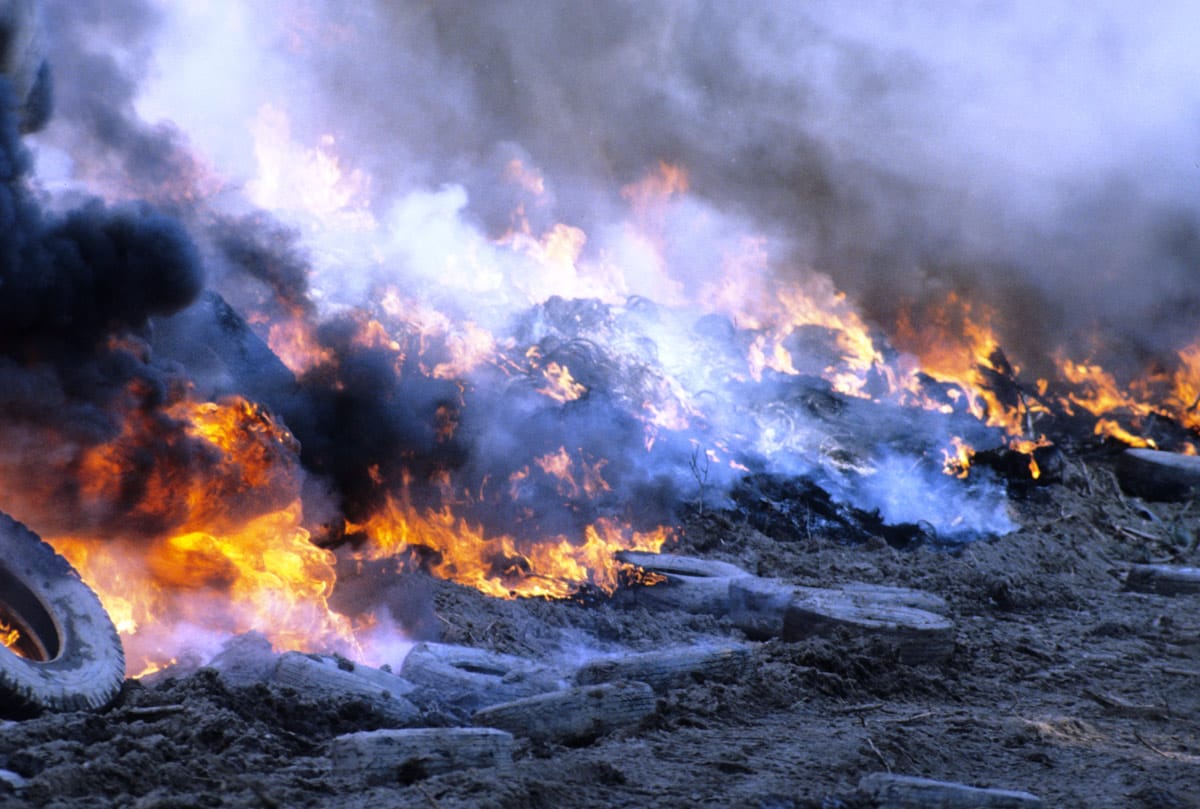 The tire fire of democracy

Nic has never been more worried for the future of America.

The 2016 election is a tire fire, the result of years and years of cynical short-term decisions.

Personally, I’ve never been more worried about the future of America—the future of the world’s last remaining super power.

The democratic process in America has followed a familiar script for the last few decades, especially on the GOP side: The primaries start with a clown car mostly full of unelectable grifters and lunatics who use the ludicrously extended primary season as a jumping-off point for a career of consultancies, speaking circuit tours and living off more-or-less deluded donors, but then when things get serious, the Machine steps in and makes sure the candidate the powers that be considers acceptable gets the nod.

This is exactly how it played out last time, with a cohort of lunatics—remember Herman Cain?—finally giving way to Romney, who everybody knew was the anointed one from the get-go. But it was a win-win: The lunatics went on to make comfortable livings on the outskirts of the system and Romney was all set to claim the ring. Except of course he was a terrible candidate and got trounced by Obama. Sad trombone.

For 2016, though, the system has thrown a rod. The clown car part went as expected, but then Jeb!—the anointed candidate—crashed and burned and a cartoonish real estate developer, a hated-by-all smirker and an empty suit are what’s left of the field.

Naturally, there’s panic in the GOP establishment and the people who bought Jeb! for several hundred million dollars are freaking out. We spent all this money for nothing?

Sidenote: Remember when all the Clever Insider People in political journalism were talking about how Jeb! was actually the smart brother, so don’t worry, oh, man, he’ll bring it during his campaign? Oh, yes, it was just an accident W became president first; Jeb! was the real deal. Those people should never be allowed to write anything about politics again. /Sidenote.

At this point we have the real estate developer, whose policy is, “I’ll make it better. I know the best people,” the smirker, whose policy is “Let them eat cake”—it’s almost perversely impressive to manage to be more callous than Marie Antoinette—and the empty suit, whose policy is “A problem has been detected and Windows has been shut down to prevent damage to your computer.”

Much as he has blindsided the GOP establishment, the real estate developer was inevitable. The GOP has created the conditions for his rise ever since Reagan, but conditions haven’t been ripe until now. Not that there isn’t precedent. Remember Ross Perot? Same deal as the real estate developer, but 20 years too early. The GOP just wasn’t ready for him then, but, oh, how ready it is now.

Because the GOP primary isn’t an isolated thing, it’s part of a bigger picture. The real estate developer’s supporters are pissed. Large swathes of America are pissed.

The GOP has spent decades telling poor white people “if you vote for this guy, we will make things better” and they’ve voted for that guy, and things got worse. Voters can only be told so many times that if we keep gays in the closet, taxes low, and brown people out, things will get better, then have them vote for your candidate and he doesn’t do anything to improve their situation until those voters start to look for something—anything—else.

And that something else is the personification of everything ugly in America—a sociopath with the morals of a wolverine who’ll bang anything, put a gold coating on anything and call it solid gold, hey, the best gold ever!

The real estate developer’s slogan is “Make America Great Again.” Which obviously only works if you believe America used to be great but is not any more. Which is true for many people, especially rural whites. Life has gotten worse over time, pretty much ever since Saint Reagan’s policies came into effect. By any measure, rural America is not doing well. The people of rural America are angry.

Look at the rise in militias, the Bundy Ranch standoff and it’s dumber sequel the Malheur Occupation, look at the 300,000 or so Sovereign Citizens around the country.

The real estate developer’s supporters, the Malheur occupiers and the Sovereign Citizens all have one thing in common: They are checking out of reality. Reality is terrible. They are being screwed—screwed hard and relentless—and the system will not help them. The system is against them. So they get angry.

You buy a Make America Great Again hat. You buy cammo gear and an AR-15. You spend your last dollars on a ticket to a seminar that will show you how to file paper work to make you a Sovereign Citizen so you don’t have to pay taxes.

You’re angry and you hate the system.

That system is America.

This is what happens when elites think they have it all wired, ignoring what the commoners are feeling since, well, they’re just marks.

This will not end well.