Includes The Drop, Ready Player One, Moon Called, Among Others, Excession, Inferno, The Paleo Solution and I am Ozzy. 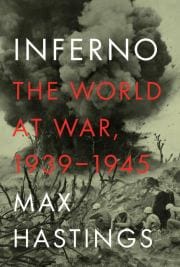 Your favorite workaholic detective Harry Bosch is back! And he’s in great form, running two murder investigations simultaneously—one in the present and one from the archives of the Open Unsolved Unit.

Connolly’s writing and plotting is a smooth-running machine, as usual, and The Drop conjures a greater sense of darkness, evil and dread than previous Bosch novels. Not that those were laugh riots, to be sure.

If you’re a Bosch fan, The Drop is a given. If you’re new to the series, this is not the place to start. The Bosch novels reward reading in order, so start at the beginning with this omnibus of the first three.

Released to a tidal wave of buzz and glowing reviews, a novel shock full of nerd lore and ’80s trivia seemed like a given to become one of my favorite novels of the year.

I don’t know what happened. Perhaps everybody else got a different book. I had to stop reading halfway through.

I was willing to overlook the silly plot and paper thin characterizations, but what broke me was the sheer amount of telling and the dearth of showing. Basically, Ready Player One reads like a really long book report instead of a novel.

Hugely disappointing. I clearly need to get a hold of whatever everybody who gave this novel a glowing review are smoking.

It is becoming a bit cliché to have a world where magic, vampires and werewolves are real and in hiding among regular humans, but Briggs brings a fully realized alternate reality to the table. Coupled with a tight, fast plot, hints at much more to be revealed and some decent characterizations, Moon Called is great candy.

An odd, charming mixture of coming of age novel and perhaps magical realism or perhaps fantasy.

It’s 1979 and 15-year-old Morwenna has lost her twin sister in an accident which left her crippled. Morwenna can perform magic and talk to fairies and spends every moment she can reading sci-fi and fantasy novels—Zelazny, Heinlein, Tolkien, on it goes.

There was more to her sister’s accident than we know at first, and much, much more to Morwenna’s past and her affinity with magic.

Written in journal form, Among Others is both a touching and very intimate coming of age story and also strange and disturbing. The prose will suck you in and keep you hooked.

Among Others is a haunting work.

(Link goes to paperback, since the publisher apparently doesn’t believe one of the most interesting sci-fi authors currently working should be available on the Kindle.)

Excession is a novel in the Culture series—a far-future universe where technology has advanced to an inconceivable level where people can do anything, become anything.

Needless to say, things get very trippy and weird when literally anything is possible.

An excession is an outside force or event that can not be anticipated, understood, or controlled. Just such a thing appears in Culture space. Banks’s plotting is so byzantine it’s hard to attempt any kind of plot summary without spoiling the ride, so let’s just say it focuses on the Minds that run the Culture—super-powerful artificial intelligences with their own agendas—and an alien species called the Affronters who are basically squid-like galactic Hells Angels.

Excession marries gleeful space opera with dense plotting that makes you work to keep up. Well worth reading.

As a side note, one of the most delightful aspects of the Culture series is that space ships are run by Minds and pick their own names, leading to vast monsters flying around with names like Fate Amenable to Change, Quietly Confident, I Blame Your Mother and Shoot Them Later. If that doesn’t amuse you, the Culture series is not for you.

Wikipedia naturally has a full list of Culture ship names.

Breathtaking and powerful, this is the World War II history to end World War II histories. The genius of Hastings’s work is that it accomplishes two things: 1) While covering the main events of the war, Inferno provides the perspective of the people on the ground—soldiers and civilians who found themselves in the middle of events both great and small; and 2) Providing the perspective of the people at the time. A current reader obviously knows what happened, so it’s important to show just how much (usually meaning little) both leaders and foot soldiers really knew about what was happening and the state of their enemies.

Inferno is a World War II book you can feel good about giving as a gift to anybody with some interest in history. Note, though, that it is a heartbreaking work. The sheer magnitude of suffering that went on is so unspeakably grim.

That suffering is the most important thing we should remember from World War II.

Make no mistake: The Paleo Solution is a life-changing book and one that’s hard to talk about without getting revved up like a late-night TV huckster. It could be subtitled, “Everything you’ve been told about nutrition is wrong.”

It turns out that carbs and grains are in fact bad for you and fat and protein are good for you. Wolf goes through considerable effort to explain exactly why this is and how we ended up in our obese, disease-ridden reality as well as, of course, how to get healthy.

Seriously, if you purchase no other book I recommend, buy this one. Read it. It will change your life. Go! And while you’re at Amazon, also pick up The Primal Blueprint.

Basically, Paleo and Primal are sister philosophies, with Primal the laid-back California version. It’s good to read both books and make up your own mind.

Surprisingly funny and touching autobiography from an extremely damaged but somehow lovable human being. It’s laugh-out-loud funny in places and above all does a great job of bringing Ozzy’s voice to the page—you can almost hear him slur the words as you read.

A sample quote from when Black Sabbath first gained popularity:

I couldn’t believe it when I learned that people actually ‘practised the occult’. These freaks with white make-up and black robes would come up to us after our gigs and invite us to black masses at Highgate Cemetery in London. I’d say to them, ‘Look, mate, the only evil spirits I’m interested in are called whisky, vodka and gin.’