Includes Wabi-Sabi, Making Things Happen, D-Day, Tallula Rising, Blood Song, The Americans and Amped. All in all, a happy romp through the meadows of literature. 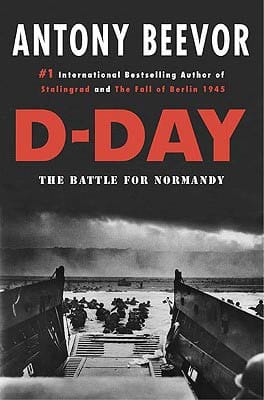 This is the first book in years I purchased as a paper book instead of electronic, since I wanted to own the physical artifact. Oh, and also since the publisher has decided this e-book thing is just a stupid fad and won’t sell the book in Kindle format. But honestly, it was fine. This one I wanted in physical form.

As the title suggests, Wabi-Sabi is an attempt to explain the Japanese concept of Wabi-Sabi, an aesthetic concept tightly coupled with Zen Buddhism and general Japanese oddness.

The full title of the book is Wabi-Sabi for Artists, Designers, Poets & Philosophers. Yes, your pretentiousness meter just exploded. I know. But don’t let that keep you away.

If you’re interested in Eastern thought or graphic design in general, this book is highly recommended.

It’s short, airy, beautiful, and leaves you with lots to think about.

Berkun used to be a project manager at Microsoft, working on high-visibility projects like Microsoft Excel and Internet Explorer, so he knows something about project management.

Even though it’s billed as a general project management book, Making Things Happen is geared toward software projects, which of course is a specialized case. This doesn’t in any way make it useless, as a lot of the main gists can be generalized, but be aware that Berkun talks about managing people (mostly men, mostly nerds) who sit in comfy chairs and stare at screens all day. The further from that scenario your own project diverges, the harder it will be to adapt Berkun’s advice to your own situation.

Nevertheless, Making Things Happen is worth reading whether you’re managing a project or if you are on a team being managed. It’s good to know why your project manager does the things he or she does.

D-Day: The Battle for Normandy, by Anthony Beevor ★★★★★

You’d be excused for thinking the world didn’t need another account of D-Day after masterpieces like Cornelius Ryan’s The Longest Day, but with D-Day, Beevor has created a masterpiece to match Ryan’s.

As with his other works Stalingrad and The Fall of Berlin 1945, Beevor has unearthed a wealth of eyewitness accounts that provide a fresh perspective on events and above all manages to give the sense of what people knew and thought at the time, which might be the most valuable part of D-Day. It’s so easy these days with results in hand to forget what a confusing and scary time it was for the people who endured the invasion, Allied and German soldiers as well as the French population.

D-Day is a master work, just like Beevor’s other World War II histories.

The sequel to the very good [Last Werewolf][last] (my review here), Talulla Rising tells the story of Talulla, who is now the new last werewolf and also pregnant. An interesting development as werewolves can’t get pregnant.

Just like The Last Werewolf, Talulla Rising takes on the werewolf myth and its implications of sex and violence.

(Basically, the werewolf myth is a reflection of a boy’s puberty, where his body changes, he grows hair in new places, gets more powerful, and suffers irresistible urges.)

There’s a whole lot of both sex and violence in the novel. A whole lot. The Last Werewolf was also shock-full of sex and violence, but it’s interesting to have it filtered through a female point of view with the added complication of motherhood.

But don’t think this is anything but a full-throttle horror novel with a high IQ. Very good, very engrossing, and very gruesome, Talulla Rising is highly recommended.

Self-published and a steal at $2.99 for the Kindle, Blood Song would still be a great value at $12.99. Put succinctly, this is one of the best new fantasy authors I’ve read in years. Blood Song absolutely bristles with potential and realizes enough of it that it’s impossible to put down.

At its core, Blood Song is the story of a young man, the son of a war hero, who is sent off to join a warrior sect. So far, so good. But there are prophecies and secrets and visions and dark magic enough to overwhelm most fantasy novels. Ryan, though, plays his sub-plots like a master, making sure the story moves forward like a freight train with several sharp plot twists. It’s impressive.

What removes the otherwise-earned 5th star from this review is that Blood Song really needs copy editing. Of course this will only bother grammar nazis like me, but the amount of typos and run-on sentences is painful.

So, you like fantasy, you’ll buy Blood Song and you will be highly entertained and then you will wait for the next installment like a junky waiting for his dealer. Or if you’re a smart fantasy reader you’ll make note of this novel then wait patiently several years for the trilogy to finish and then devour them all in one fell swoop.

Technically, this is the sequel to the highly enjoyable Dead Mech although as Bible takes pains to explain in the foreword, it’s more of a side-quel, meaning the two novels take place at the same time and on different sides of the world. Nevertheless, like Dead Mech, The Americans is a thumping V8 ripping through its story.

This time the plot unfolds in a future Europe where the League of Monarchs reign and Americans exist as a kind of cyberpunk mercenary force.

And yes, there are zombies, boy howdy are there zombies.

The Americans is priced at $2.99. That’s ridiculously cheap. Buy it. Read it.

Great ride as The Americans is, the last star is withheld partly for the sheer overload of the plot—Bible gleefully shows zero restraint—and partly for some annoying formatting errors in the book. Perhaps it’s petty, but dammit, they take me out of the reading experience.

The movie version of a summer blockbuster, Amped crackles with energy and a fast-moving plot. The basic idea is that in the near future, brain implants (amps) become commercially available, making dumb people smart and smart people geniuses. This of course makes some non-augmented people very, very uncomfortable to the point of pogroms.

Amped is also like a summer blockbuster in that it’s an enjoyable ride, but once you put the book down and think, several plot points begin to seem ludicrous. Can’t go into specifics without spoilers, but you’ll know what I’m talking about.

Nevertheless, Amped should be on the top of your list of books to take to the beach.