The A7 processor is your friend

Nic is very impressed with the speed of the iPhone 5S and iPad Air.

As expected, the Web has been awash in reviews of the iPhone 5S and iPad Air, and the consensus is that they continue the evolution of their product lines quite nicely. 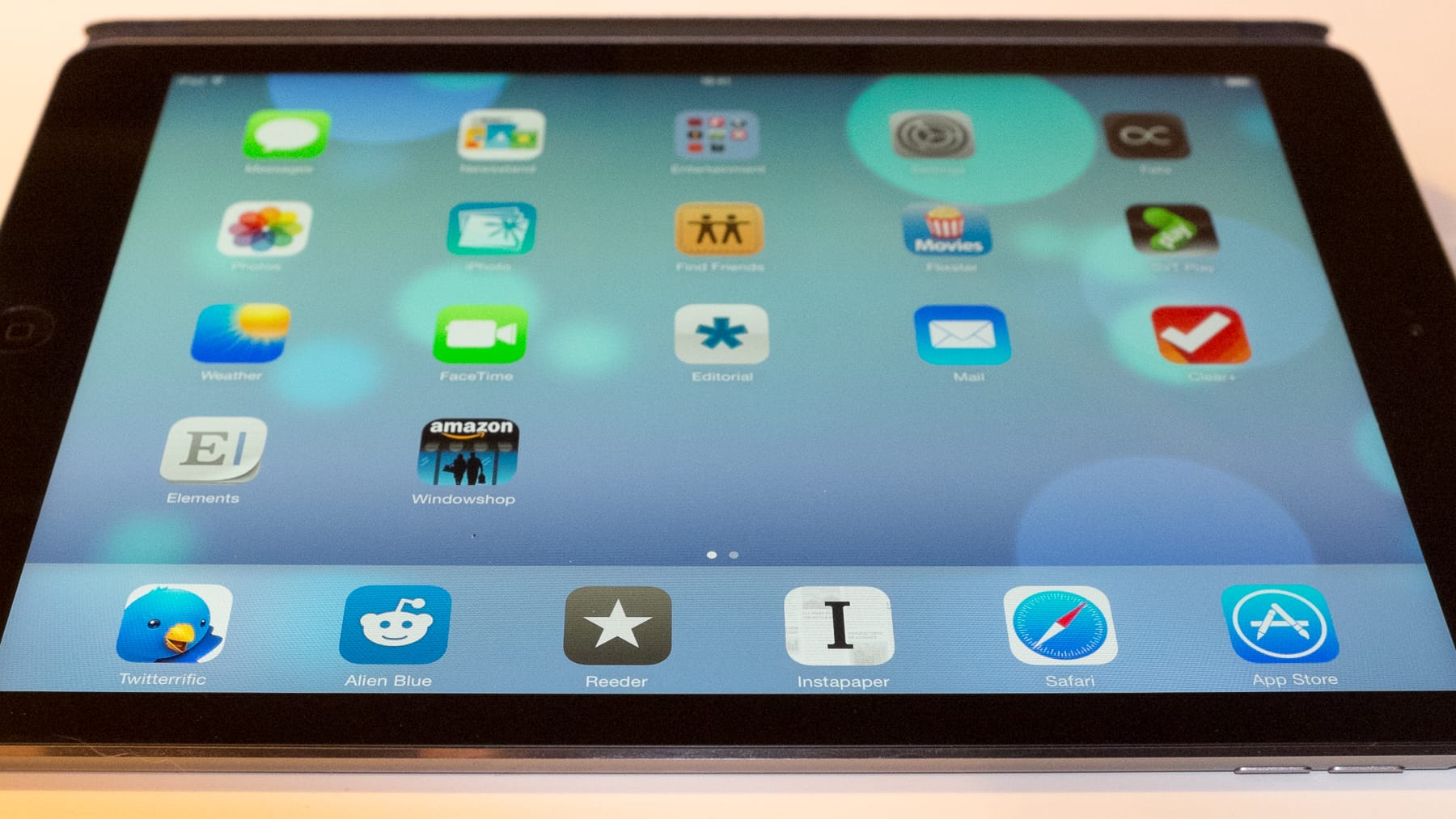 The lava lamp bubbles of the iOS 7 dynamic wallpapers are surprisingly soothing on the iPad.

Thanks to the A7 chip, the 5S and Air are noticeably faster than the last generation. It makes a huge difference in iOS 7, where animations are buttery smooth and apps launch in turbo mode. As they always do, Apple wrote their new operating system to target their latest hardware. The tightrope they walk, of course, is that they have to avoid making the New Thing cause their old things to act like they’ve developed arthritis, limping along with much creaking. Judging from the performance of iOS 7 on the current iPad mini (why Apple decreed the M is lower case I guess we’ll never know. But e e cummings is probably happy wherever he is now) a device with the same innards as the iPad 2, it’s acceptable on older devices, which is an impressive feat. But the operating system really shines on current hardware.

One curiously overlooked aspect from the many reviews I’ve read is how Apple managed to greatly improve something that was already great: Scrolling. iOS has been the king of scrolling for its entire existence, providing the illusion you’re manipulating something tangible instead of stroking a piece of glass, but on the 5S and Air, it’s much improved. I don’t know how. But it’s quite noticeable, especially if you’re an obsessive nerd. It is—to use the technical term—insane how good it feels.

A roundup of things that stand out about the new devices, starting with the iPhone 5S:

If you have an iPhone 5 and you’re sane, probably not. The 5S is way faster and TouchID is living in the future, but unless those things really float your boat, hold off till the next revision.

If you have a 4 or 4s (thanks again, Apple, for random capitalization) and you’re out of contract, it’s a no-brainer. Lighter, infinitely faster and with a bigger screen. You want this.

If you have an iPad 2, run to the Apple Store. If you have a 3 or 4, it’s a decent upgrade, but unless the weight of those devices bother you, meh, go play with one and see how you feel.

If you have a current mini and love it, it might be time to go back to full-size. But wait for the new retina mini and check them both out beforehand. My suspicion is most people who love the current mini will want to wait for the retina turbo mini and then jump on it like a lion who has had dentistry for the first time in years.

In my particular use case (this is the section where I justify spending money like a drunken sailor) I want to use the iPad more for creation than consumption, and the larger screen makes that easier for me, personally. Ahem.

It’s clear the A7 is a huge leap for performance on iOS and it bodes very well for the future.