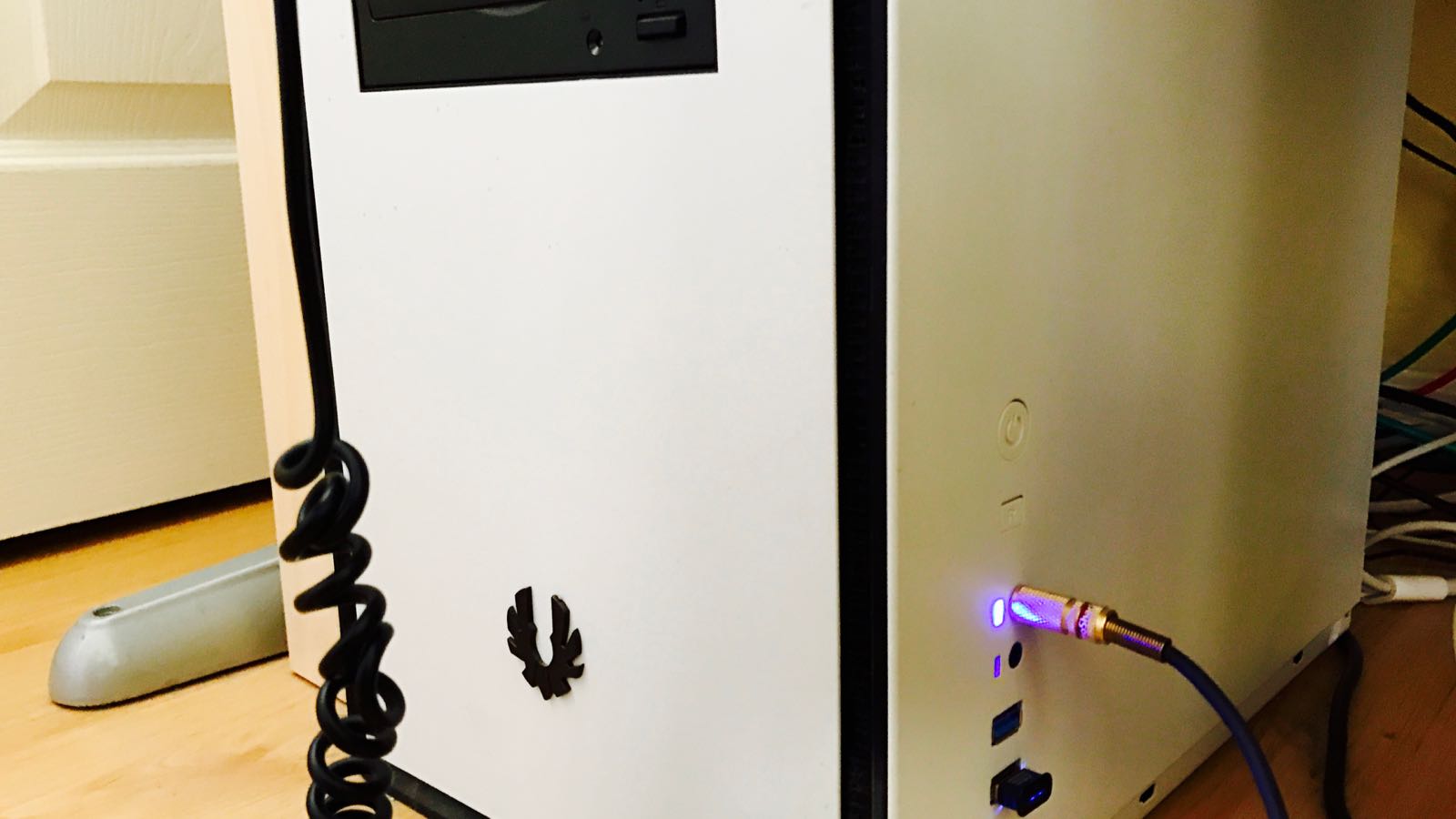 What to expect when you’re expecting a Hackintosh

There is unrest in the Mac community about Apple’s commitment to the platform. Some are turning their eyes to building a Hackintosh to get the kind of computer Apple doesn’t provide. Here’s what it’s like to run a Hackintosh.

I’ve been running a Hackintosh since early 2014, after getting tired of Apple’s refusal to sell a normal mini-tower. You know, a decent machine you can buy and then replace some parts and add some functionality as you go along.

And now they do. The technology is here now for that vision to be a reality.

You buy an iPhone. The iPhone is what you have. Once there’s a better iPhone you want, you buy it and get rid of your old iPhone.

And I understand the vision. I like buying a new iPhone and have it be great in many ways without me doing any work.

But I’m also a nerd, so I’m in the minority in that I actually know—and sometimes enjoy—system administration.

I find installing operating systems to be soothing. It’s relaxing to see the little progress indicators go across the screen and see the software packages getting installed.

Granted, I am in the vast, vast minority on this. Most people are not like this. At all.

Which is fine. Hakuna Matata. (If people like me were the majority we’d still be on Savannah, but starving and spending all our time arguing about the best way to track the wildebeests instead of actually hunting them.)

The way Apple is going about things is the right way to get the most customers. They are being very smart and purposeful. And it’s amazing that Steve Jobs clearly saw this way back when personal computers were starting. He was surrounded by people like me and he always wanted to make computers for people who are not like me.

Why isn’t the most profitable company in the world updating their line of computers?

My guess would be that they think it’s boring. They want to make new things. Magical things. Like the Apple Watch and AirPods. Which are great, don’t get me wrong.

But that’s magic. Speed bumping the Mac Mini so some nerd will be happy about what he hangs behind his TV or some IT guy uses for the company’s file server? Yawn. That’s the kind of crap Dell does and they can have it.

As an aside here, I worked at so many places where all the IT staff were Microsoft Certified and hated “MacinTrash.”

Then iPhone came out and the CEO bought one and told the IT staff to make this work.

It was delicious. Oh, let’s wallow in this for a minute. Delicious. The assholes who had made my life so much more difficult than it had to be all of a sudden had somebody with weight telling them to do the thing they should have done years ago, and their hurdihur MacinTrash was all of a sudden canceled out by executives getting an iPhone and dictating “make this work” and they could not say no and keep their jobs.

That was glorious. “Oh, it turns out your job is to help people do their jobs in the way that’s most effective instead of pushing your own crap?”

Thanks for indulging that little detour. Back to the Hackintosh. As discussed above, Apple is really good at, and takes very seriously, hiding complexity. That’s their core competency. Take something very difficult, prune away all the BS that makes it unnecessarily hard, then deliver that as a product. This is what made iPod a hit. You don’t have to be a nerd to put your music on an MP3 player! Cue selling infinite millions of the things.

The Mac does the same thing, it hides so much complexity, even though it’s still a thing that requires its user to have much more computer awareness than an iOS device.

But they’re still hiding a lot of complexity from you. If you go Hackintosh, you have to deal with that complexity.

BIOS updates. Driver updates. Bootloaders. Knowing exactly which motherboard you’re using. Apple lets you treat a Mac pretty much as a black box, something you can not do with a Hackintosh.

And of course it’s completely and utterly unsupported except for the kindness of strangers on message boards.

If you have a problem you will not be hauling your rig to the nearest Apple Store.

So what’s it like in practice to run a Hackintosh?

You will become intimately familiar with the TonyMac x86 forums—that’s the main hangout for the scene and where you will go to see if an update is safe and any necessary workarounds that may be necessary. It’s a pretty friendly place, though the testosterone levels can get a bit out of hand.

That’s the first difference with running a Hackintosh instead of a “real” Mac. You can’t assume things will be hunky dory. Always check for somebody who’s running similar hardware to report in that an upgrade went well.

The second thing to be aware of is that things like Continuity and Handoff, not to mention Messages, might work for you, or they might not. Depending on exactly which hardware you have and how much effort you want to put in, you might be able to get it to work, or you might not. That’s just life in Hackintoshville.

I very much don’t recommend running your business on a Hackintosh—no matter what, sooner or later something will take your machine out of commission and you’ll have to go down a forum rabbit hole looking for clues.

That being said, though, once you get the rig up and running it’ll mostly run like a Mac and act like a Mac, so the day-to-day experience is the same as the real thing.

The elephant in the room for the Hackintosh is of course Apple’s benevolent indifference: So far the company’s been admirably hands-off with the Hackintosh. They obviously know it’s happening, but haven’t done anything at all to hurt the scene.

Which is one of the things to have in the back of your head when thinking about building a Hackintosh: Apple can kill that scene tomorrow if they wanted to. They’re being hands-off right now, but all it takes is somebody at Apple getting pissed off enough to want to dedicate the engineering resources to start a cat-and-mouse game.

Personally, I think they’re letting it be as both a push valve where the people unhappy with Apple’s hardware decisions can make their own thing, and as place to watch what the enthusiasts are really interested in—a radar for the feral tribes in the desert.

Since I don’t work at Apple I obviously don’t know that, but it feels truthy. There are so few people who get involved in the Hackintosh community that it doesn’t hurt the bottom line in any measurable way.

As for myself, my current rig will be my last Hackintosh—I value having a boring machine that just works more than my ability to put whatever boards I feel like in the machine. You might make a different call.

And it is a good learning tool—once you’ve figured out how to build the machine and install Mac OS on it, you’ve learned a lot about the things Apple shields you from.

I am going to miss the disk access blinkenlights, though…