The monster of Norway

The horrific events in Norway hit home for Nic. 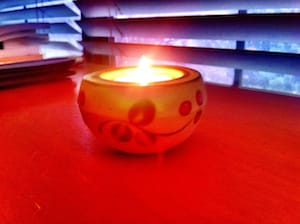 A candle for the victims of the despicable act in Norway.
Click for larger version.

It’s hard for any sane person to wrap their mind around the awful act in Norway—that a beast in the form of a man could calmly walk around and gun down defenseless youths.

The perpetrator himself does not deserve to be remembered or noticed. He is scum, and only interesting in that we need to know as much as possible about him for the purpose of improving our ability to detect people like him early and intervene before they get a chance to spread their terror. Apart from that, he deserves to die in prison, in obscurity.

From what I’ve been able to gather from the media, the response of the Norwegian people has been an inspiration to us all—grieving together with a calm dignity. I sincerely hope they’ll be able to heal together as a people while cherishing their memories of the victims.

Apart from the closeness between Norwegian and Swedish societies (open border, similar language and culture) one thing that chills me about this particular crime is that I went to the Swedish-equivalent youth camp (SSU, for those of you familiar with the Swedish political system.) of the one held annually on Utøya when I was in high school.

It was a fantastic week. Great memories. Just like I’m sure the one on Utøya was for the young men and women attending. And this swine decided to desecrate their joy of life. It’s hard to contain my rage and grief.

My thoughts are with Norway.

« Breaking the social back
How to create an e-book »