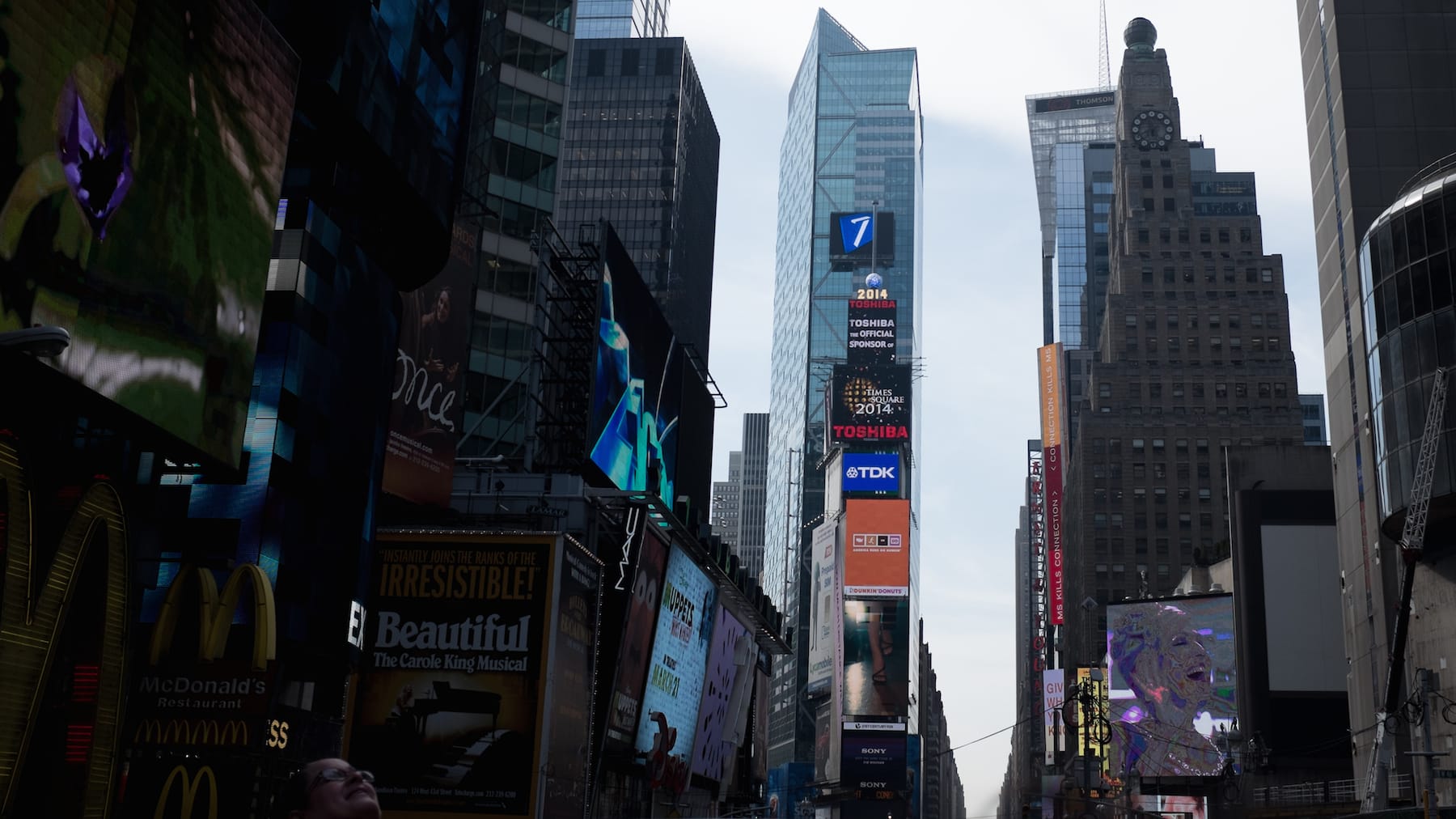 Times Square. Perhaps they should put in a few video screens. Might liven up the place a bit.

The Lindh family visits the Big Apple and it is good.

After all these years living in the United States, it was past time to visit New York City. I’m happy to report the Lindhs had a great visit.

Now, having grown up in my tiny Swedish town watching movies like Taxi Driver, Deathwish and The Warriors, my basic idea of New York was that it’s a very dangerous place. Yes, I read the news, so I knew things have changed, but preconceptions are hard to change.

Turns out, New York is not dangerous. I like to think I have a decent radar for sketchiness, and that radar pings way more often here in Phoenix than it did in New York City.

Comparing with another major landlocked city by the water, San Francisco, New York felt much safer. Part of that is probably the absence of panhandlers: San Francisco is packed with aggressive homeless people while Giuliano must have pulled off some seriously fascist stuff to clean out New York. I can’t recall seeing a single panhandler. There are still street vendors who get in your face in an annoying way, but they were nowhere near as annoying or intimidating as the panhandlers of San Francisco.

Then there’s rudeness. After all these years hearing about how legendarily rude New Yorkers are, I was surprised to find the locals we encountered were all nice. Slightly brusque, yes, but I found myself enjoying that.

You have money and I have a bagel. We both want this exchange to happen. Let’s make it as quick and efficient as possible. That’s just beautiful and totally on my wavelength.

On this topic, let it be known that people have been telling me the truth about New York bagels all these years. Holy crap, that’s some sublime bread.

The same thing goes for pretty much everything we ate—all very fresh. Don’t know if things are just stale here in Phoenix or what the deal is, but you go to a New York deli and you will get yourself some fresh food.

Surprisingly enough, the only real dickheads we encountered on the trip were our fellow tourists, many of whom apparently forgot everything they knew about queues and basic politeness the minute they stepped on their planes.

My tween daughter thoroughly enjoying the Gaugin exhibit at the Museum of Modern Art.

Ah, speaking of planes. This was also the first time in my entire life I almost missed a flight. Showed up at Sky Harbor at 7 a.m., two hours before our 8:57 a.m. flight, you know, as you’re supposed to. And then stood in line to check in for an hour. Then the line for security theater took another hour. Meaning we hit the flight sweaty and out of breath just as they were closing the doors.

Apparently Sky Harbor gets wicked busy during March because of spring breaks and spring training, so if you’re traveling through, do yourself a favor and be there three hours in advance to minimize the stress.

The interminable line through security was packed with people who, just like us, thought two hours would be plenty and then found it was nowhere close. It was an exhausting start to your trip to feel the desperation and see the children crying. Yes, children who were about to miss their flights were crying. Which was obviously totally worth it to make sure nobody had a five ounce bottle of liquid on them instead of two three ounce bottles. 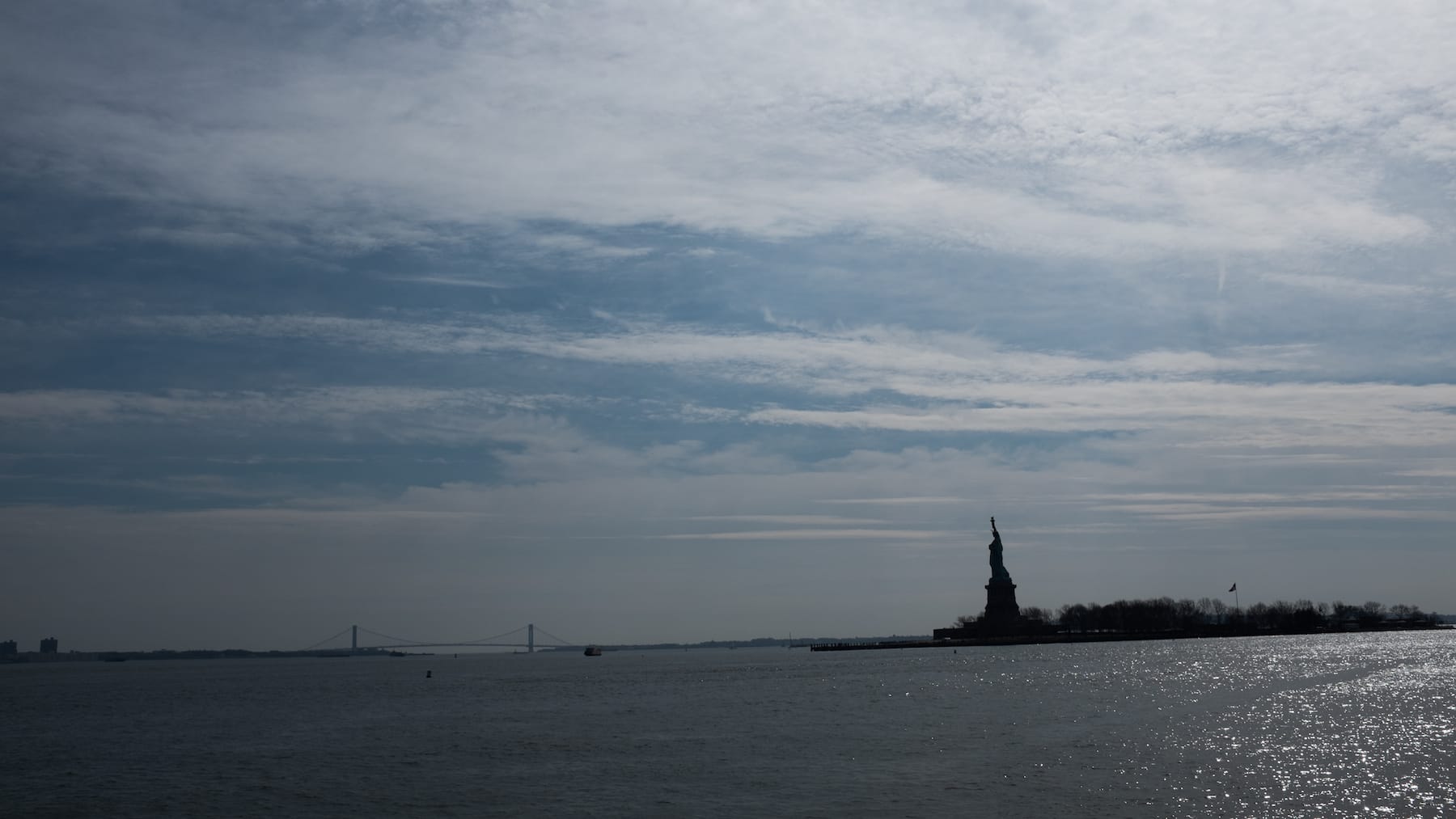 The Statue of Liberty from Battery Park.

Back to New York. One thing I always assumed was a movie trope to increase dramatic tension was the constant honking all the time. That’s a negatory, Ghost Rider. New York drives on its horns—a constant cacophony fueled by relentless aggression. It was loud, always. So loud. I can only imagine you get numb after being there a while since otherwise you’ll go homicidally insane. Honk honk.

Apart from the noise my biggest impression is size: It’s not just a few skyscrapers like we have here in the country’s sixth largest city, but an endless parade. It goes on and on and on, darkening the sky. People upon people upon people.

The size is frustrating in that everything takes longer than you think it will. If you’re planning a visit, seriously, schedule yourself some slack. You will need it.

After spending a week there, I highly recommend a visit. New York is a world city with all that entails. There are few like it.

If you want to see some pictures from the trip, I have a set of New York street photography up on Flickr.

« We all have our limit