Kinda I want to

Nic discovers Nine Inch Nails as a broke student with an IROC-Z in Louisiana. He still loves Pretty Hate Machine. 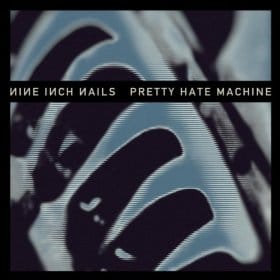 I know it’s not the right thing

And I know it’s not a good thing

But kinda I want to

Back in 1989 I first came to the States. Lafayette, Louisiana. The Deep South. It was a time of me living in an apartment with no furniture apart from a $30 changing table (the cheapest table I could purchase for studying), a folding chair, and a 13 inch TV set propped on the box it came in. I watched TV on the floor. It was great. It was pure. It was real.

While living in my monk cell, I drove two cars. One was mine. It was a 1973 Chevy Monte Carlo I bought for $200 and got thoroughly ripped off. The hood was rusted through so it almost fell on my head when popping it, the floor was rusted through in the back enough that you could put your foot through it, whether you wanted to or not, and it only passed inspections at rural gas stations where people could be bribed with $20 bills. On the upside, I met some interesting people while bribing mechanics in the backwoods.

The other was a Camaro IROC-Z I held for a year for a guy in Sweden so he could import it without paying the import tax. So I was young, broke, and driving an IROC-Z. It was a pretty damn great car for a young and stupid man, let me tell you. Five liter V8. Colossal torque. And a Bose sound system.

Cassettes. Back in those days we had cassettes. And I needed tunes while rumbling around Lafayette, LA. As far as my broke ass was concerned, there were two bands doing thing interesting enough to separate me from my money at that time: Guns ’n’ Roses and Nine Inch Nails.

Guns ’n’ Roses, well, hell, who wasn’t into Guns ’n’n Roses in those days? It’s metal and it’s rock and it’s poppy enough to get radio play. Hello! So Welcome to the Jungle made its way into the IROC tape player.

The other one was way more interesting. Some damaged kid from a flyover state made a ferocious, angst-ridden album where he pretended to be a band instead of one shit-kicker. That was Trent Reznor. Pretty Hate Machine was like nothing you’d ever heard before. Drum machines, synths and feedback constantly on the verge of devolving into pure noise over this angry, weary voice that just cried for forgiveness and to finally be able to rest.

It was intense. It was the second tape I purchased in the USA. Hearing it now I’m still taken back to driving the IROC-Z through the Louisiana rain with “Kinda I Want to” shaking the rear window.

And it wasn’t just me. Pretty Hate Machine spoke to everyone who ever looked around them and said, “What the hell is going on here?”—the unofficial album of the maladjusted. It was that album. The one you had and all your friends had, and you knew every word and it was a shibboleth. And radio never played it. And holy crap it was angry. And you were angry. And it all came together.

Like the boomers have Dylan, Gen X has Nine Inch Nails. And it’ll do. You love it. And you will listen to it ’till you die.

Kinda I want to.

« A panegyric to e-book readers
Slowing down the news »